10 Tiktokers With The Most Followers 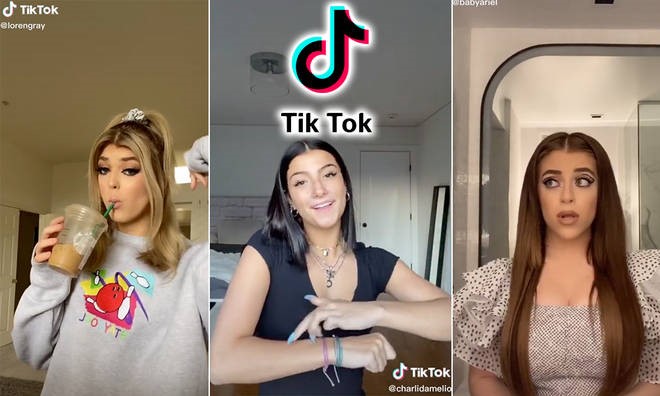 Tiktok is a popular platform for creative individuals of all ages since it allows them to make and share short movies with their peers. While anybody may use Tiktok to post amusing events or goofy acts, certain users have had success growing big followings. You’ve undoubtedly seen some of TikTok’s most popular creators, whether you’re new to the app or a long-time user. The users with the most followers and the largest audiences are listed here. If you want to create your own TikTok audience, these creators might be a great source of inspiration. Right now, some of the most popular TikTokers are listed below.

With over 50 million followers, TikTok’s the best and most famous celebrity. Her video is perhaps the most famous on the app. She makes videos that are a combination of her daily activities. She also has a YouTube channel called “The Life of Charli D’Amelio,” which has more than ten million subscribers. She became so renowned because of Tik Tok that she was given a role in Hulu’s new reality program, “Charli and Dixie: Apart but Together.” Her fan base is incredible, especially considering she is just 16 years old!

On TikTok, Addison has 47 million followers. Addison Rae is a prominent and stunning model. Before becoming an online phenomenon, she was a cheerleader. Addison shares videos of herself dancing and lip-syncing to various songs on her YouTube channel. She often posts hilarious videos that are related to current events or issues. She has a YouTube channel named “Addison Rae,” which has over 10 million subscribers and is expanding, just like Charli. She also has a role in the new film “He’s All That,” a modern remake of the classic film “She’s All That.”

She is a lovely singer and model who shares a variety of stuff on her TikTok account, which has 43 million followers. Loren’s videos feature cover songs, trend and challenge participation, and lip-syncing to popular tunes. She also has a YouTube account named “Loren Gray,” where she posts vlogs and responses. Many people admire how she interacts with her followers and appears to be a down-to-earth person, which may explain why she has such a wide fan base.

Dixie D’Amelio has 44 million followers on Tik Tok. She is a member of the organization “The Hype House,” which is made up of TikTok makers that live together and collaborate on videos. Dixie and her sister Charli share a lot of videos on the app, and they’re both very popular. Singing covers, engaging in trends and challenges, lip-syncing to famous songs, and vlogs are among her most popular videos. Her videos receive a lot of tiktok likes and comments, which helps her keep a high rating. She has also been on several TV shows and given interviews.

Khaby Lame has over 18 million followers on the app. His videos are in English, although he is most famous in France. Khaby uploads a wide range of stuff, including cover songs, challenges, vlogs, and more. His films are unique and frequently receive a large number of tiktok likes and comments. Several media sources have also interviewed him. He began uploading additional culinary videos throughout the shutdown. His videos are inspired by the difficulties he is now enduring. He also makes silly clips about his life, which is why people adore him and his work.

Bella Poarch is a TikTok user from the United States who has over 24 million followers. Poarch was born in the Philippines and now lives in Hawaii. She routinely shares lip syncing, singing, and dancing videos. Bella also shares funny stuff like skits and practical jokes. She teamed with Tyga on the song “Taste” in October 2020. The song’s music video has received over 150 million views on YouTube. Poarch has also worked as a model and actor in the past. She also has a YouTube channel with more than ten million subscribers.

Zach King is a TikTok user with over 23 million followers from the United States. Before coming to TikTok, he was well-known on Vine and YouTube. King is recognized for his inventive videos, which frequently use special effects and editing techniques. He often publishes “magic vines,” in which he seems to take bites out of other people’s skulls or change the hue of traffic lights. King, in addition to producing videos, has written books and appeared in films such as Disney’s “StarStruck” and “The Finest Hours.”

Bach, whose actual name is Andrew Bachelor, is an American comedian and actor who has over 23 million TikTok followers. He regularly teams up with other well-known TikTokers like Zach King and Amanda Cerny. Lip-syncing to songs or playing out skits with his pals are common themes in his videos. He’s also acted in films and TV programs including “House of Lies” and “The Mindy Project.” His amusing films have garnered him a lot of attention, and he’s even been on “The Ellen DeGeneres Show.”

Amanda Cerny is a model, actor, and comedian from the United States who has over 21 million TikTok followers. Her channel has a wide range of videos, from comic sketches to fitness advice. She usually teams up with other well-known TikTokers like Zach King and King Bach. She’s also starred in “Pitch Perfect” and “CSI: Miami,” among other films and television series. She also provides the voice for Lola in the relaunch of the “Powerpuff Girls.”

Brent Rivera, the final creator on our list, is an American actor and comedian with over 20 million TikTok followers. He frequently publishes videos with his family or friends, and his “How to Get Girls” series is well-known. He’s also been in “The Real O’Neals” and “Hollywood Heights,” among other films and television series. Brent may not have as many acting credentials as some of the other authors on our list, but his hilarious timing and relevant material keep his fans returning for more.

To conclude, the Tiktokers listed above are among the most popular around the globe. Each has a distinct flair that has been well received by audiences. If you want to get into TikTok or increase your present following, look at these creators and see what makes them so popular.