2021 Tesla Model Y, Awesome Specifications and Why You Should Buy One 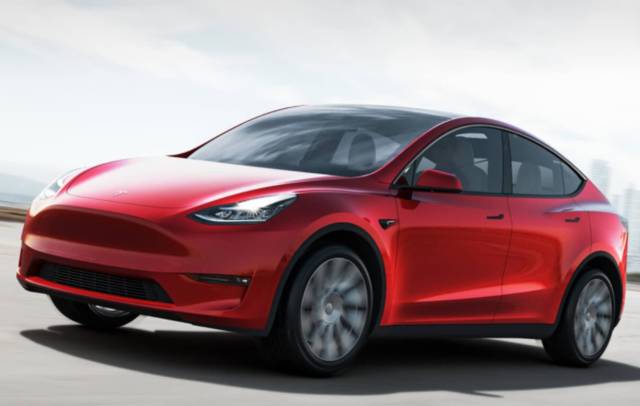 I don’t need to explain to you how important the family crossover SUV is, But Tesla will find out soon enough with this Tesla model Y. They are getting a piece of it though because they are sold out for the third quarter, that is super important for Tesla to know that the demand is there except the stock prices keep dropping. But the reality is that this model Y is going to be huge for them, so important that they are continuing and completing the word sekxy, yes, Tesla understands that sexy equals seven passenger and that is what is offered now in the Tesla Model Y. The Tesla Model 3 (Three) performance is two (2) inches wider two (2) inches longer and the most important part it’s higher, because that’s what people want, they want to sit higher they want to feel higher, they also want to feel what a Tesla is about and they don’t feel like they want to buy one when it feels like a sedan. So, Tesla Model Y only has one real competitor in today’s marketplace and that is the Mustang Mach-E.

So, there’s two versions of the Tesla Model -Y the first one is the long range and the second one is the performance. the long range does 525 kilometers of range now obviously it varies a little bit based on how you drive it, it has a top speed of 217 kilometers an hour. It does zero to 60 miles in five seconds that is faster than the key of stinger which has huge press. It has a starting price of around $70,000 Canadian and the second version is the Tesla Model – Y performance. Now this performance is a beast, the performance is a little bit slower in the Model -Y than the Model -3 (three) obviously because it’s a little bit heavier and the drag coefficient is not as good as the model three.

The front of the Tesla Model Y 2021 looks obviously very similar to the model 3 (three) but definitely higher. it does have a little bit different coverage on the front. however, the headlights are probably the biggest question that people are not very familiar with. These are not the E-M-E-A headlights those headlights are only available in the Middle East and Europe, these are the only headlights you get in North America, there is no upgrade from Tesla with regarding these lights. Interesting thing about Tesla, is that if you want to open up the front you have to actually use a screen inside there’s no pull handle. And there’s even no unlock handle at the front which you see in most cars where when you pop the hook from inside you can actually have a clip that you have to have to push over and slide up. But in Tesla Model -Y there’s not one in.

So, if you view the Tesla Model Y from the side it’s really where the evidence shows that this is a model why, you see a large and wide, although the car sits high. visually it looks low but the seating position in the side is high, from an exterior perspective its wheels are upgraded wheels and the cost of these wheels are $2600 if you’re interested in those wheels. Secondly, if you want to get inside the car and the cars lock you simply take the key and, on the driver’s, side simply just swipe it to unlock the doors, this is same as the Tesla model 3 (three).

An important thing to know in 2021 Tesla Model Y is you have dimmed side mirrors so your mirrors are actually dim the glass has actually dimmed which wasn’t the case in 2020. So, the second thing they have upgraded in 2021 Tesla Model Y is that, they have added dual pane windows so on the windows now they are insulated and they are definitely quieter than the single pane windows on last year’s model. Another thing to notice on the Tesla’s compared to the other E-Vehicles we’ve had is not a thick battery pack in comparison to other cars.

Back of Tesla Model Y

The back of Tesla Model Y is really nice. I’m sure you will love how it looks so wide body. So, if you didn’t get the performance version you would actually have a dual motor underlined at the back making it clean.

Now about the sentry mode. So, if you know sentry mode it’s basically like having an alarm system on your car without the annoying beeping from the 90s. This thing actually records the perimeter movement around the car. So, when you get back into the car you are able to see whether you had an intruder trying to get into the car or look inside or smash the window or prop it open, it will record all these cameras basically have a 360 record and record all the movement around the car like security footage.

So, if you do want to charge your 2021 Tesla Model Y. the charging port is that is pretty cool located at just beside the tail light and it has the Tesla logo embedded on it.

The 2021 Tesla Model Y has towing hitch which can tow 3500 pounds and that’s important to know because this can tow a lot of other cars.