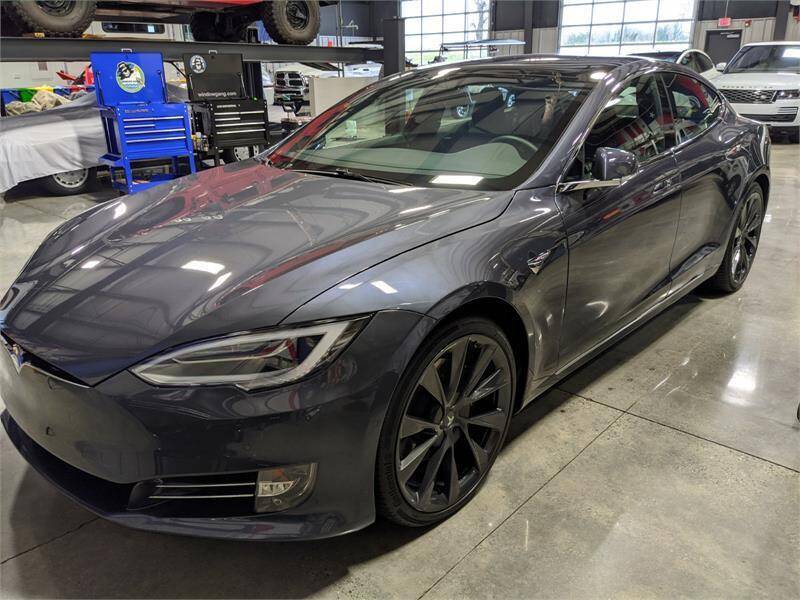 Before I get into all the cool gadgets and features of the car itself, I am just going to give you a little overview 2019 Tesla Model S. The car has a dual motor system that pumps out 518 horsepower, it goes 0 to 60 and 4.2 seconds, it has a top speed of about 143 miles an hour and it has a 300-mile charging range. Now 2019 Tesla Model S costs around $80,000 before you start adding options which actually aren’t too expensive on a Tesla.

The size of the screen is actually not the whole story, the actual technology inside the infotainment system is something that cannot go unnoticed. It obviously has your basic features such as navigation, air conditioning and various trip information. However, there’s actually a lot of other things that you can control via the infotainment system.

Lastly what I want to talk about with the infotainment system is just how responsive it is every single time you touch on it, it responds just as quick as an iPhone or an Android. Everything is very high quality it’s very high definition and everything is just so. Tesla is basically the first car auto manufacturer to really take infotainment to the next level

Now the next thing that most of you guys probably know already is that Tesla has autopilot and for those of you who don’t know, autopilot is basically a full self-driving system. This means that when you are on the highway, you can literally just take your hands off the wheel, relax and use your phone whiles the car is in motion and the car is going to drive for you. This is obviously one of the biggest selling points of 2019 Tesla Model S. In addition to autopilot there are a couple other safety features which I think are worth noting. You obviously have your speed limit warning, you have collision warning, lane departure, emergency lane avoidance, Blind Spot collision, emergency braking, obstacle awareness and many more. All these things are cool and very helpful.

Tesla’s air suspension is very easy to control. You just go to your infotainment system you click on suspension and you just click on your ride height that you want to have very high standard and low obviously low is going to be your sportier but handling very high as maybe if you’re going off roading and standard is just basically what you’re going to drive every day.

The front-end of 2019 Tesla Model S obviously as you guys know the first generation of the Model S, they tried to incorporate this fake grille and it just looked really weird it was kind of just trying to fit into something that it wasn’t. so, in 2018 when Tesla came up with the new facelift of the Model S, they actually made a little bit smaller grille and I just think it looks a lot better, more sporty and just kind of fits the car better.

Because the 2019 Tesla Model S is an EV and it’s not a combustion car, there’s no engine in the front which means that you actually get a trunk in the front of your Tesla and to open it you just go to your central infotainment system and there’s just this little button that you click on it to open, and then when you finally get the trunk open you actually have quite a bit of room you can probably fit two small luggage bags in there. This is actually pretty helpful and practical. aside from being practical in useful you can also just brag that your trunk is in the front so whenever you see a Ferrari or Lamborghini owner that’s bragging about their front trunk you can say my Tesla has that too.

The back trunk which I think is one of the most spacious trunks of all the sedans out there, to open it it’s pretty simple you just open it like a regular trunk there’s a button right there to use when opening it. And then underneath you are given a massive trunk which actually is bigger than a lot of SUVs trunks

At the back of the 2019 Tesla Model S the little brake light there is not just the brake light, well actually it is the charging port and getting it opened is pretty simple. you just click on it to open it and that’s where you actually plug your charging plug in to charge your car.

The rear end of the 2019 Tesla Model S is actually pretty cool. It’s kind of round but also smooth and sporty and also has a sense of progression to it.