News Today: 911 Dollar VPN is not working again; Here is all you need to know 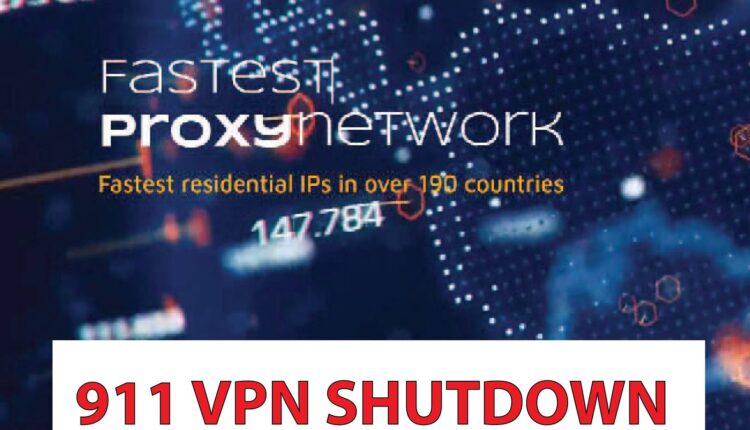 The VPN that many people love usings, 911 Dollar VPN in recent news has unfortunately shut down their operations because of several factors they have listed. Will the VPN ever work again? Well keep reading to find out below.

The Reason why has 911 VPN shut down

Not long ago, 911 VPN displayed on their website, Serving notice to its users of their permanent shutdown. Ofcourse, this was attributed to many factors and the key among them is explained below.

1. A target for Hackers Phishing Attack

Secondly, they said that some users were using the 911 VPN to send SPAM, Using Bittorrent to send copyright files, people using other people’s accounts to access some shopping websites like, Amazon, Walmart, BestBuy and many others.

3. 911 VPN recharge system has been hacked

Now, this is where the big deal is. 911 claims their recharge system where all the transactions happen was hacked and therefore they lost all important data which was needed for them to continue to operate.

Will 911 VPN ever work again or it’s completely shutted down?

Well, from the horse’s own mouth, 911 dollar VPN has stated on their official website that they have permanently shut down their operations and will not be working any more.

Will my 911 VPN still work if I have some proxies?

All the servers belonging to 911 VPN, will be going offline. Hence proxies on all 911 VPN softwares can no longer connect to these servers. If yours is still working, then it’s just a matter of time and they will no longer work.

Is there any other VPN that is good like 911 VPN?

Honestly, this is the time to start looking for an alternative VPN to 911 VPN. There are several VPNs which are as good as the 911 VPN. I think there is no better time to find a 911 VPN alternative than now.

The shutdown of the 911 Dollar VPN is a great loss to the VPN industry. Nevertheless there are equally good VPNs you can try and see their performance. And if they are fit for purpose, you stick to them.