According to Kevin Costner, it’s “OK” if people don’t like him because of his politics 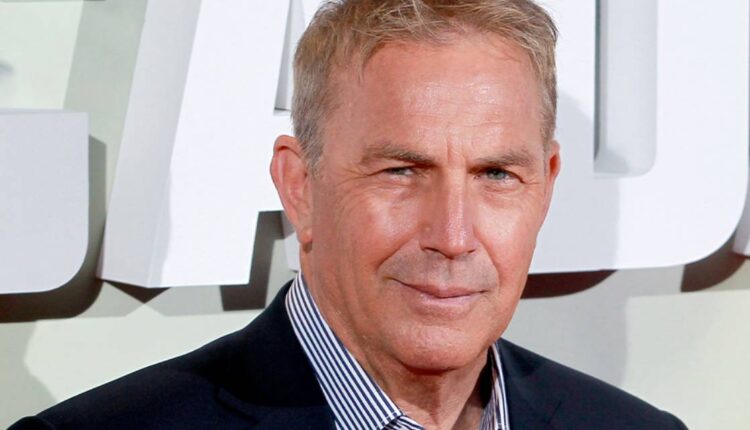 Spoiler alert: John Dutton, the star of the actor’s popular Paramount Network series Yellowstone, was elected governor of Montana to begin Season 5 of the show. His discussion of his views on American politics off-screen, including whether he would ever run for office after endorsing both Democrats and Republicans in previous years, was prompted by that on-screen development.

“No, I don’t think there’s any reason for me to run,” Costner, 67, told USA Today, “though I wish the people that did run had a bigger vision and more of a morality about how they see the country evolving. I’m disappointed.”

Independent Costner cast his ballot for Joe Biden in 2020 after his initial choice, now-Transportation Secretary Pete Buttigieg, withdrew from the Democratic presidential primary. Most recently, the Oscar winner supported Liz Cheney in her ultimately lost campaign for the Wyoming Republican primary in August. Cheney is the vice chairperson of the House select committee looking into the Capitol incident on January 6 and a vocal opponent of former President Trump.

“Just because you lose doesn’t mean you’re done; it doesn’t mean you’re even wrong,” he told the outlet. “I was clear that [Cheney] probably wasn’t going to win her election,” when he donned his “I’m for Liz Cheney T-shirt, which she shared to social media. “But I wanted to let her know, as a citizen, how much I appreciated her brave, clear-headed stance.”

While getting political drew criticism, Costner said he wouldn’t change anything about his decision to publicly support the candidates that he has.

“I didn’t really care how the cookie crumbles — that people that liked me now don’t like me,” he told the outlet. “That’s OK.”

Costner told the Daily Beast in 2020, “I’m an Independent. I vote for who I think has the best interests of the country and how we sit in the world.” He went on to say that when he was identified as a Republican actor in the 1980s and early ’90s, he didn’t bother to clarify his stance. “I just didn’t even answer back,” he said. “I think it was because of the movies I was doing,” including Dances With Wolves, “but I never said one thing or another. I really go back and forth on my votes. The Democratic Party doesn’t represent everything that I think, and neither does the Republican Party right now — at all. So, I find it too limiting.”

The same year, he told Variety, he was voting Biden, after Buttigieg dropped out, because he was most hopeful he could be “a president for both sides.” While he didn’t name Trump outright, he said, “The idea of racism and of violence… we all have to be able to look at that go, ‘Enough. That’s enough.'” He added, “It’s pretty clear every four years we get a chance to kind of look at where we are as a country and decide if we’re going the right way and if we’re not, we have that opportunity to make a shift.”

When Trump was running against Hillary Clinton in 2016, Costner said he didn’t find the presidential election as “entertaining” as others did. “I find it embarrassing. I find it highly immature. I think America is really teetering at a low point with the way we talk to each other… Where are our big ideas? There’s dialogue right now that’s shameful.”

He hasn’t shied away from his conservative roots, though. He was asked about being a registered Republican up to the 1996 election, when he switched to being an Independent and primarily voted Democratic after that, in an interview with the Huffington Post in 2008.

“I’m not a Republican,” he said. “I basically was raised in a house that was a Republican house. My politics came out my kitchen table, listening to my parents. I thought the people that protested against the Vietnam war were unpatriotic because my brother was fighting over in Vietnam. I was only 14 years old. As I got time and distance I realized it was just a difference of opinion and their opinion wasn’t necessarily wrong. As a person evolves they begin to have their own voice and their own way of thinking. I wasn’y ahead of my time.”

On Yellowstone, Costner’s character is now navigating a career in politics, which the actor notes will be hard on him as Dutton will have to step away from his ranch for his new job.

“I know how hard it’s going to be on him,” Costner told USA Today. “His heart is at the ranch, not trying to find middle ground with people. That’s going to be problematic. He has a lane that he operates in that is not as expansive as some would want it to be. And he won’t change.”

The show has been a hit since is premiered in 2018. Costner said he only planned to do one season, but it’s been a ride he’s loved being on: “I give everything I can to what I’m doing. But the moment I feel that it’s not right, I’m just going to step away.”

Yellowstone birthed an entire franchise, including 1883 — starring Tim McGraw, Faith Hill and Sam Elliott — as well as the upcoming 1923 — with Harrison Ford and Helen Mirren — a limited series premiering in December.