Alex Murdaugh has been arrested and prosecuted in connection with a life insurance settlement involving Gloria Satterfield. 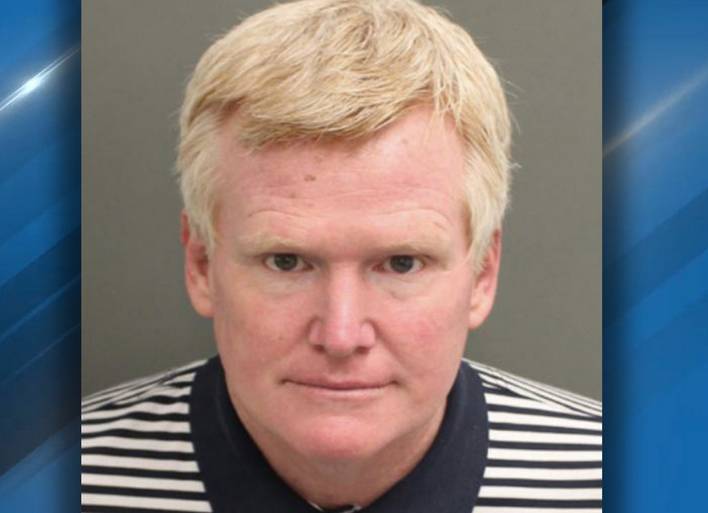 Alex Murdaugh has been charged with two crimes in connection with the theft of money from his late former maid, Gloria Satterfield’s life insurance payment.

According to a news statement issued Thursday morning, Murdaugh was apprehended by state police in Florida after departing a drug rehabilitation clinic he was attending.

Murdaugh has been charged with two counts of acquiring property under false pretenses by the SLED. He is currently awaiting extradition to South Carolina, where he will face a bail hearing.

“I want to express my appreciation for our agents’ perseverance and devotion over the previous four months “Mark Keel, chief of the SLED, stated Thursday morning. “They will continue to fight for people who have been wronged by Alex Murdaugh and others. As I have stated, we are determined to following the facts wherever they lead and will not relinquish our pursuit until justice is delivered.”

Murdaugh has been in drug rehabilitation since September 6, according to SLED, after allegedly orchestrating a botched assisted suicide scheme that resulted in his hospitalization with a much-debated superficial gunshot wound to the head. Murdaugh is also facing three felony counts in connection with that event.

Several days after that unconnected event, representatives for Gloria Satterfield’s estate sued Murdaugh in Hampton County court, saying that her heirs had not received life insurance settlement funds due to them following Satterfield’s death. SLED stated the same day that it was initiating a criminal inquiry into the matter.

Satterfield died in 2018 following an alleged trip-and-fall incident at the Murdaughs’ residence. According to a counsel for Satterfield’s estate, Murdaugh quickly devised a strategy to defraud the life insurance settlement meant for Satterfield’s surviving sons, Tony Satterfield and Brian Harriott, of millions of dollars.

The attorneys for Satterfield’s family, Eric Bland and Ronnie Richter, published a long statement Thursday in response to Murdaugh’s arrest. In part, the statement reads:

“Today is a bittersweet day for the Satterfield and Harriott Families. The families are extremely grateful to law enforcement, SLED and the South Carolina Attorney General’s office for its investigation and today’s criminal charges against Alex Murdaugh. … The families and their attorneys are proud of how our justice system has conducted itself since the family had the courage to file its initial lawsuit. … Avarice and betrayal of trust are at the heart of this matter. … Since early September the families are dealing with the betrayal of trust and that their loved one’s death was used as a vehicle to enrich others over the clients. Nonetheless, the families and lawyers would like to thank the public for the continued support and assistance it has given to solve these ugly crimes. It is not over, but a very good start to holding everyone accountable who either participated knowingly or breached their duties.. The bottom line is no one is above the law.”
Eric S. Bland and Ronald L. Richter, Jr., Attorneys at Law

Murdaugh reportedly convinced Satterfield’s boys to sue him for life insurance money for their mother, reassuring them that her fall was his fault and that he would take blame, ensuring they would receive a substantial settlement for their mother’s death.

Bland alleges Murdaugh hired Cory Fleming, a friend and fellow attorney, to represent the Satterfield family in their case against Murdaugh and his insurance company. Murdaugh failed to inform the Satterfields of the fact that Fleming was a close friend, his college roommate, and godfather to one of his children, Bland alleges.

The lawsuit continues by alleging that Fleming later insisted on Chad Westendorf, vice president of a local bank, serving as the Satterfield family’s personal representative throughout the legal proceedings, telling the sons that “business issues” would arise as a result of the case that were beyond their experience and expertise.

The sons agreed and entrusted Fleming and Westendorf with the matter. However, three years later, Satterfield’s sons had not received a penny of the $4.3 million in settlement funds – $2.7 million of which was intended to go to the Satterfields, with the remainder going to legal fees and court expenses.

According to Bland, the Satterfield family was unaware that any settlements had been made or authorized. Fleming apparently never informed Satterfield’s sons of the case’s progress.

Bland also claims Fleming and Murdaugh of fabricating facts about the case in order to obtain approval for the settlements from a court, which is required in South Carolina before any money can be released.

So, what became of the money? Bland asserts that court records indicate Westendorf was identified as the person to whom the money would be given in order to arrange for its safekeeping for the Satterfield family.

Murdaugh, however, put up a phony bank account in the background to make it look as though the money would be paid to a structured settlement business called Forge Consulting.

However, Bland says that Murdaugh directed Fleming to draft a check for the Satterfield’s $2.7 million share payable to the bogus bank account Murdaugh had established for himself, rather than to Westendorf or even Forge Consulting.

Forge Consulting then issued a statement denying knowledge of or involvement in Murdaugh and Fleming’s plan. Bland authorized Westendorf’s dismissal as a plaintiff in the action on October 12.

Meanwhile, Fleming, like Murdaugh before him, has had his legal license suspended by the South Carolina Supreme Court.

Fleming also appears to have been sacked from his old Beaufort legal firm, Moss Kuhn & Fleming, PA. The business has relaunched as Moss & Kuhn, and the practice’s website no longer includes a reference to Fleming.

Fleming and his practice agreed in early October to reimburse Satterfield for all legal fees and expenses related to the $4.3 million settlements.

Prior to Thursday’s charges, SLED accused Murdaugh with insurance fraud, criminal conspiracy, and filing a false police report in connection with the aforementioned assisted suicide attempt, during which Murdaugh claimed he was shot in the head along a remote Hampton County road.

Murdaugh’s attorneys and SLED detectives allege that Murdaugh planned to have himself killed in that early September event with friend and former client Curtis “Eddie” Smith.

Smith told ABC and the New York Post last month that he was set up by Murdaugh and brought to Old Salkehatchie Road under false pretenses, where Alex approached him and attempted to get Eddie to kill him.

Rather than consenting to shoot Alex, Eddie claims he grabbed the pistol away from him. On Thursday, Smith told NBC’s Today Show that the pistol discharged during the fight, but Alex was not shot.

Smith’s accusations add fuel to the suspicion that has been raging since Alex was allegedly released from the hospital within 48 hours of the shooting.

Jim Griffin’s original allegation was that Alex had suffered a skull fracture and that the bullet had left entrance and exit holes. Meanwhile, SLED described Alex’s injuries as a superficial cut. The Hampton County Sheriff’s Office first stated on its scene report that no wounds were detected, but the agency later said that this was a clerical error on the incident record.

Despite this, Murdaugh had no indications of a head injury during his appearance in Hampton County bail court on Sept. 16 on charges connected to the alleged assisted suicide conspiracy.

Murdaugh initially told detectives he was shot by an unknown individual, but subsequently admitted to his attorneys that the entire incident was staged and implicated Eddie Smith as a co-conspirator.

According to investigators, Murdaugh’s motivation for the plot was to take his own life in the expectation that his sole surviving son, Buster, would profit from a $10 million life insurance payout Alex held on himself.

According to Murdaugh’s attorneys, Alex had no other choice than to commit himself following a series of personal catastrophes and legal difficulties over the previous few years, none more public than the June 7 murders of his wife and son, Maggie and Paul.

Attorney Jim Griffin confirmed this week in an interview with FOX Carolina News that Alex remains a person of interest in the murders of his wife and kid, as FITS News previously reported, citing law enforcement sources. Over four months later, no arrests have been made in that case, and SLED has not named any suspects for the public.

The most publicized of Murdaugh’s legal issues previous to Paul and Maggie’s murders was a late-night boat collision in February 2019 that ended in the death of young lady Mallory Beach in a Beaufort County canal.

Alex Murdaugh is currently facing two civil lawsuits — one for Beach’s wrongful death and another for obstructing justice in the immediate aftermath.

Prior to his murder, Paul was facing felony charges of boating under the influence, which have now been dismissed in light of Paul’s death.

SLED said over the summer that it will resume an investigation into the unexplained death of Stephen Smith, a young man from Hampton County who was discovered dead along a road near his home in July 2015. Initially, Smith’s death was declared a hit-and-run.

However, investigation records kept by the South Carolina Highway Patrol in the months following Stephen’s death indicate widespread skepticism about how Stephen died, with troopers noting that Stephen’s head injury did not appear consistent with a vehicle collision and that the manner in which his body was discovered lying in the roadway appeared staged.

According to an examination of those investigative files obtained from the Highway Patrol via a FOIA public documents request, troopers developed a growing interest in Alex Murdaugh’s son, Buster, about his possible participation. The crime, however, remained unsolved at the time.

Since revisiting the investigation, SLED has made no public announcements regarding new developments in Stephen Smith’s case.

Recently, SLED stated that it was conducting a criminal investigation against Alex Murdaugh on allegations of theft from his family’s legal company. Alex Murdaugh originally reported being shot on Old Salkehatchie Road two days before the inquiry was publicized.

The Friday prior, Murdaugh’s legal company apparently found he had been stealing money from the firm and clients, forcing Alex to leave.

The legal company — which maintains that it had no knowledge of or involvement in any of Alex’s alleged misdeeds — has also launched a lawsuit against Alex Murdaugh.