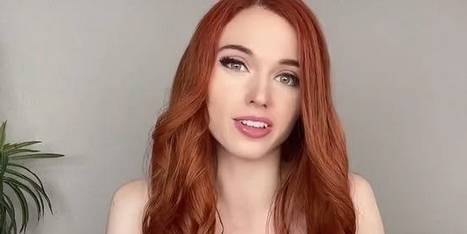 Kaitlyn Amouranth Siragusa, the most-watched woman on Twitch, said in a Twitter thread that her house caught fire last Friday. According to Siragusa, investigators haven’t pinpointed a specific cause but “strongly suspect arson.”

Siragusa said the fire originated near the trash cans she keeps at the side of her house, and noted that officials are reviewing surveillance from her house and the surrounding vicinities.

“I am okay,” Siragusa wrote. “The fur babies are all okay too.”

Those fur babies, by the way, include guard dogs. That’s because Siragusa, who boasts 4 million followers on Twitch and has played a major part in many Twitch trends, including the “hot tub” and “ear lick” metas, is no stranger to serious security threats. Siragusa told my former colleague Nathan Grayson that she gets swatted—a precipitously dangerous scare tactic in which trolls call police departments with fake details about a nonexistent threat—multiple times per week.

On Twitter, Siragusa said this isn’t even her first brush with potential arson. Last year, under the guise of July 4th festivities, someone reportedly planned to shoot fireworks at her home. The person in question was caught and arrested.

The result of all this, as Nathan detailed, is that Siragusa has had to foster a “decent” relationship with her local law enforcement officials. Following swatting attempts, they’ll still show up, but they understand she’s a regular target for such tactics and usually just check to see if she’s okay before departing.

“If you’re a streamer, I cannot stress this enough,” Siragusa wrote. “You might want to set up, like, a safe or password so [police] can (such as in my situations) know when it’s a ‘real threat’ and to roll in full force.”

Siragusa did not immediately respond to a request for comment from Kotaku.