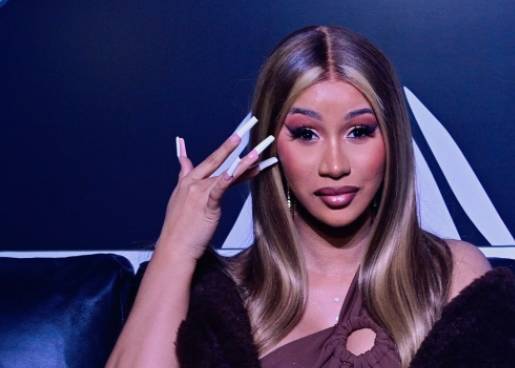 Cardi B’s Atlanta home has been damaged by Hurricane Ida.

The WAP hitmaker recorded a video to document her experience with the storm on her Instagram Stories, showing water getting into her $5.5 million (£3.9 million) mansion.

“Storm is no joke,” the 28-year-old wrote over footage of her wood floors covered in water.

In the video, she can be heard yelling, “This is so f**king wack!” as she moves towards a flooded bathroom and says, “Oh, my God, it’s starting to sink.”

The Bodak Yellow hitmaker and her husband, Offset, purchased the home in December 2019. Cardi is currently pregnant with their second child.

Hurricane Ida has ravaged much of the eastern U.S. this week, first hitting Louisiana before moving to the northeast, including New York and Connecticut.

Other stars have documented their experience with the hurricane, like actress Busy Philipps, who showed clips of her and her husband Marc Silverstein sweeping away murky water on Instagram.

“If FOR ONE SECOND you EVER thought I was the type of person who would just GIVE UP when the flood started rising and the people who are supposed to come help are distracted by a myriad of other calamities SO THEY CAN’T SHOW UP, then I’m here to tell you- you’re VERY wrong,” Philipps wrote under a photo of her in muddy clothes. 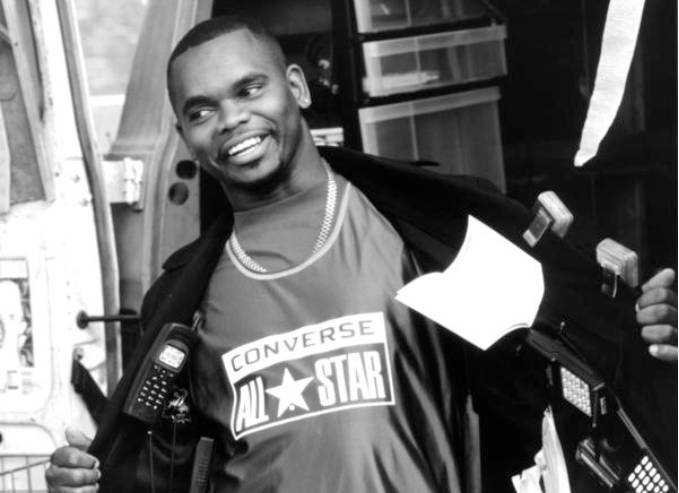 Comedian and actor A.J. Johnson has died. Johnson was best known for Friday, Menace II Society and The Players Club.

Anthony “A.J.” Johnson, who played Ezal, a homeless man with drug addiction, in Friday and E.Z.E. in House Party, died on Friday. His death was confirmed by a spokesperson. He was 55. No cause of death has been disclosed.

According to TMZ, Johnson “was found lifeless in a store earlier this month in Los Angeles and rushed to a hospital, where he was pronounced dead.”

Johnson grew up in Compton, Calif. His father was a co-founder of the Black Stuntmen’s Association. In addition to stand-up, he appeared on television in such shows as Moesha and South Central.

“He has left with us amazing memories of his laughter, dynamic acting skills, but most of all his enormous personality and heart of gold,” according to a statement from Johnson’s representative.

Ice Cube, who co-wrote and starred in Friday, paid tribute on Twitter, saying, “Sad to wake up to the news about AJ Johnson passing away. Naturally funny dude who was straight outta Compton at the same time.”

Elizabeth Olsen Debuted a New Blunt Bob at the 2021 Emmys 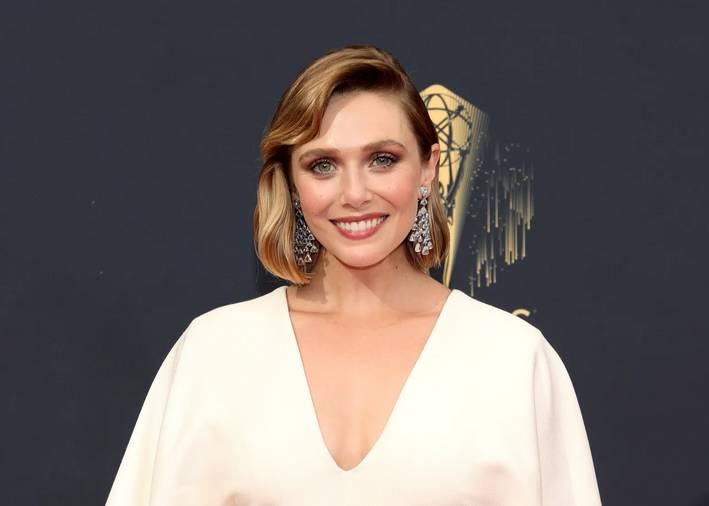 It paired perfectly with the dress Mary Kate and Ashley designed for the Wandavision star. If you’re used to seeing Elizabeth Olsen in long, red hair and a Scarlet Witch headpiece, her look on the 2021 Emmy Awards red carpet may have come as a surprise.

The Wandavision star and Outstanding Lead Actress in a Limited Series nominee was decked out in a dress from The Row — better known as the label owned by her sisters Mary-Kate and Ashley. But even though her tailored cream sheath has quite the pedigree, Olsen’s gorgeous blunt bob stole the show.

Her hair was lifted just off her shoulders and parted to one side; if I had to put a number on it, I’d guess it was freshly cut within an hour of her debut on the red carpet. (Stylist Adir Abergel even posted an up-close-and-personal Instagram shot of the cut in progress.) It’s a deceivingly simple cut, perfectly executed and shaped to show off both her gown’s neckline and her diamond drop earrings.

What matches with elegant hair? Elegant, classic, no-frills (well, no visible frills, but it’s an award show, people) makeup. Pati Dubroff used a lineup of Chanel products to create the look. “I wanted the face to have a soft structure with matte brown sculpted eyes and a diffused deep nude lip — all in the spirit of a ‘90s supermodel,” she said.

Olsen’s “deep nude” is Chanel Rouge Allure Laque in Fidélité lined with Le Crayon Lèvres Lip Pencil in Nude Brun. The rich browns continued with a matte eye look, a blend of the shades in the palette Les 4 Ombres Eyeshadow in Clair Obscur. Dubroff and Olsen opted to forego faux lashes, and instead amped up her eyes with “a few” coats of Inimitable Mascara in Noir Pur.

It’s only fitting that Olsen, who posed as various sitcom stars throughout history on Wandavision, would continue to honor her Hollywood forebears with a sophisticated red carpet look. And best of all, now that she’s shown she can pull off classic elegance on the carpet, she’s free to start experimenting. Mary-Kate and Ashley (and Adir and Patti), we can’t wait to see what you have in store for your sister for the Emmys in 2022. 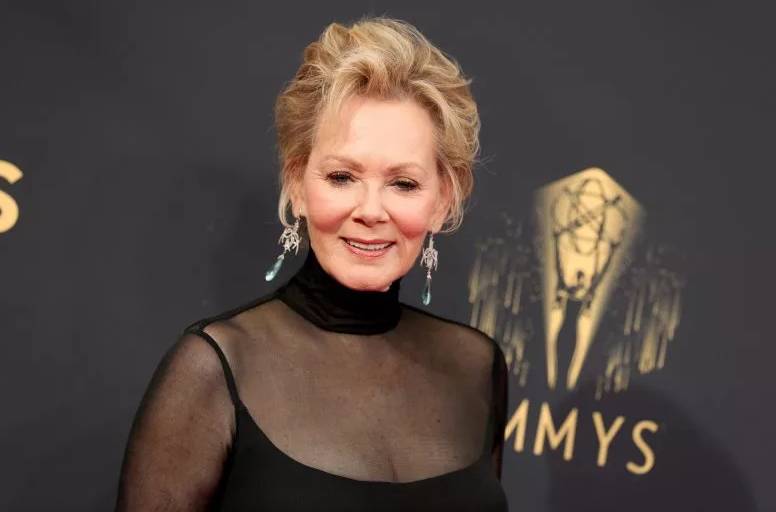 Jean Smart, the actress from the Hacks television series, won an award at the 73rd Primetime Emmy Awards held on Sunday, September 19, and paid a moving tribute to her late husband in her acceptance speech.

Smart won the Lead Actress in a Comedy Series gong for her role as Deborah Vance in the comedy drama. The 70-year-old received a standing ovation as she accepted the award, thanking her husband for all his support, the late American actor Richard Gilliland.

Gilliland recently passed away while the series was in production. He was included in the memoriam segment of Hacks.

See below Smart’s full acceptance speech thanking her husband and others.

“First of all, I want to congratulate my friends on Mare [of Easttown]. Before I say anything else, I have to acknowledge my late husband Richard Gilliland, who passed away six months yesterday. I would not be here without him, without him putting his career on the back burner so that I could take advantage of all the wonderful opportunities that I’ve had and my two incredible unselfish children, Connor and Forest. They’re both courageous individuals in their own right and they put up with Mommy commuting to Philadelphia and back.

“But Hacks has been such a thrill. I had to tell, oh my God. Jennifer [Statsky] and Paul [W. Downs] and Lucia [Aniello]. First of all congratulations and congratulations on your wedding, I couldn’t be there, I’m so sorry. But I read this [the Hacks script] and said I have to do this, it checked off every box I was hoping for.

“And [I thank] Casey Bloys and everybody at HBO for your support. Oh my God, I’m gonna forget everybody’s name, so sorry. And my incredible team…Scott Henderson at WME [William Morris Endeavor], he’s been my agent forever, he’s the best agent in the world. And Jason Weinberg and everybody at Untitled [Entertainment], especially Dannielle Thomas. And my publicist extraordinaire, Ame Van Iden.

“And an unbelievable cast led by Hannah ‘Mindbender’ Einbinder—that’s her actual name, no, I’m kidding. But I could not have asked for [a better] person to bounce everything off of everyday. I mean she’s a natural, she’s a precious human being, she’s incredible and every day we got to work is a joy and the words we get to say are a joy.

“We have [to thank the] production designers, my hair and make-up people, Keith and Jen. Oh my God Kathleen Felix-Hager who did my clothes, she turned me into a Vegas icon, so that took some doing.

“They’re playing the music and I have to stop, so sorry. Thank you all for working through a pandemic, you’re all so creative and brave and wonderful and I love you all and I thank you all very much. Thank you.”