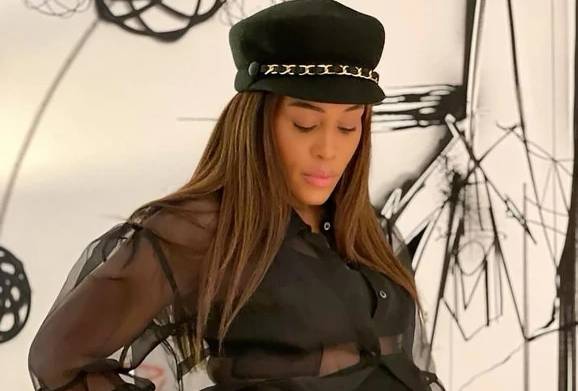 Eve is expecting her first child with her British businessman husband, Maximillion Cooper.

“@mrgumball3000, can you believe it?” “We finally get to tell everyone!!!!!,” the 42-year-old Philadelphia artist captioned an Instagram photo of her baby belly on Friday. “You all know how long we’ve been hoping for this!!! In February 2022, we’ll meet our little person.”

Her due date in February puts the “Tambourine” rapper at about five months pregnant.

Eve has been a stepmother to Cooper’s children since their 2014 wedding, therefore this will be her first biological kid. Lotus, 19, Jagger, 17, Cash, 15, and Mini, 13, are the racing driver’s children.

In December, the actress told People about her immediate family, saying, “It’s been now 10 and a half years I’ve been in their lives, and they’ve been in mine.” They’ve brought me down to earth. When I first met my husband — then-boyfriend — I said to myself, ‘This is never going to last since you have four kids!’ ‘How is this going to work?’

“But then I met the kids, and I was like, ‘Wow, kids are incredible.'”

Eve’s pregnancy news comes only days before the premiere of her new musical drama, “Queens,” on ABC on Oct. 19.

Brianna, one-fourth of a 1990s hip-hop trio that reunites in an attempt to relive its glory days, is played by the MC. “Power” alum Naturi Naughton, “Hart of Dixie” actor Nadine Velazquez, and R&B superstar Brandy all feature in the show.