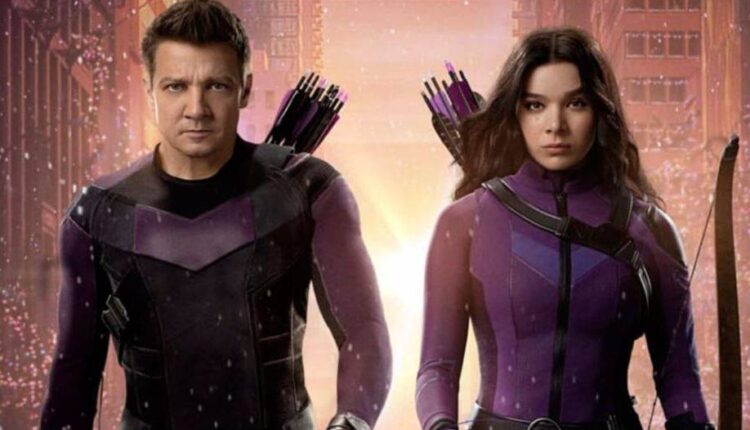 “Ronin,” the fifth episode of Marvel’s Hawkeye, finally revealed that most of our intrepid not-quite-heroes are just pawns in a larger game involving some very cunning characters. It also saved its final shot for the bombshell that Daredevil fans have been waiting for: the return of Vincent D’Onofrio’s Wilson Fisk, nicknamed Kingpin.

But first, there had to be some conversations, and during these lengthy discussions, I found myself checking the remaining episode time. Not because I was bored – far from it – but because I felt like my brain needed more proof that this episode of the series was going to spend the most of its penultimate episode building suspense rather than releasing it.

Though I’m sure some Marvel fans will be screaming at their TVs as the credits roll on this one, forced to wait another week for a battle between Clint, Kate, Echo, Yelena, Eleanor, Kazi, the Tracksuit Mafia, and possibly Wilson Fisk, that’s sort of the point of the episode. The actors are now in the ideal position for an explosive conclusion, which would be less effective if we didn’t know what’s at risk. This isn’t about another MCU catastrophe, as Hawkeye made clear from the start. It isn’t the end of the world as we know it. It’s all about family and what you’re willing to do for them, as well as what you’re willing to do without them.

“Ronin” takes the opportunity to fill in some of the holes in the Black Widow story. We travel back to 2018 to follow Yelena on her ongoing endeavor to release other widows all across the world. It depicts what occurs when Natasha gets kidnapped by The Snap (those dustings aren’t getting any less awful), and when Yelena arrives, Natasha is no longer alive. We already know Valentina blamed Clint for her death, but despite Kate’s best efforts to plant a reasonable doubt in Yelena’s mind about Clint’s guilt in “Ronin,” I suspect it’s already planted – if Yelena truly wanted swift vengeance for Natasha’s death, she wouldn’t need a sweet little payday from Eleanor Bishop to get the job done.

In the meantime, the tenderness of Kate and Eleanor’s connection emerges. Kate is likely to be devastated by Eleanor’s betrayal, as well as the discovery that she’s working with Wilson Fisk. Who can Kate truly rely on? Who can she have faith in? Perhaps she should let go of some of her innocence and accept that a superhero’s life is almost always a heartbreaking disaster.

Echo, who was introduced to the MCU as a villain rather than a hero, is also pondering some tough questions, her plan to assassinate Ronin now in jeopardy after Clint snatched the chessboard and tossed all the pieces into the air. Maya’s right-hand guy Kazi may not have been present the night her father was slain by Ronin because “Uncle” didn’t want him wounded, or because Kazi was Clint’s informant. Maya may find herself moving towards Clint’s side rather than at his throat by accident.

Some dark truths have finally come to light as we approach Hawkeye’s conclusion, and Ronin is no longer hiding in the shadows. He’s a part of Clint’s soul that he’ll never be able to kill, a monster that he and his family will have to live with until he dies, and possibly beyond. Maya and Yelena, like Clint, are used as weapons by people who don’t want to get their hands dirty. Now it’s up to each of them to decide how long they’ll put up with being used before it backfires.

In this episode, the mystery of the Avengers Compound Rolex watch takes a backseat once again, but that’s fine. Clint won’t be the only one coming home for Christmas if the breadcrumbs from Clint and Laura’s history go to where I think they’re headed.

Do you want to learn more about the Marvel Cinematic Universe? Consider subscribing to Marvel Standom on the Den of Geek YouTube channel, where we produce weekly episodes on all new Marvel TV shows, trailers, and movies. If YouTube isn’t your thing, Marvel Standom is also available on Spotify and Apple.