Five Sport Stars To Check Out This Year 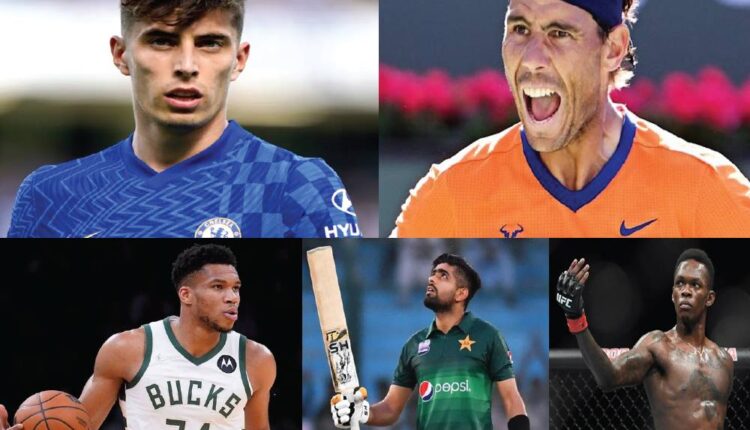 Sporting events this year have produced some memorable moments this season, and every fan knows that there is more to come this year. We started the year with an incredible comeback from Rafael Nadal then we saw some fantastic showdowns in the Winter Olympics. The Cheltenham festival also gave us some wild moments.

So, we just know that we have more to look forward to, and it is possible to bet on all these events. For instance, bettors can try their luck with the Kentucky Derby odds. When you bet on these events, you need to know the key players and how they can influence the results.

In that case, we look at five top athletes that have proven to be vital to their teams and provide some hall-of-fame moments this year. We also expect them to give us even more as we move closer to the end of the year. Let’s dive right in!

The breakout German forward youngster, Kai Havertz, is a sensational player who has proven pivotal on the big stages. One of the highlights of his career is his UCL final goal against Manchester City. We also saw him take the penalty that won Chelsea the Club World Cup trophy.

With the world gearing for the FIFA World Cup in Qatar, Kai is one of the top youngsters we will be looking forward to taking the world by storm. He is a technically gifted player that is ready to play multiple positions up front. He’s an intelligent goalscorer with an eye for the pocket of spaces. You just know that whatever he’s playing for, there is always a chance to win.

After suffering an extensive injury in 2021, many people thought it was the end for the clay-court king. We didn’t expect to see a rejuvenated Nadal in 2022. He came with a bang and lit up the Australian Open, cruising past his opponents. With that, he set a fantastic record for most grand slam titles.

With his new form, Rafael is on a roll, and we expect more from the veteran player. With many more grand slams still available for the year, we hope to see Nadal light up more in the tennis world. So, this is one sports person we think will be in record books for 2022, and we are excited to watch him play.

The Greek-born NBA star Giannis Antetokunmpo is one of the superstars in the NBA this season after he helped Milwaukee win their first championship after many years. The Greek Freak is all about powerplay and burst of play, transitioning from defense to offense. He’s one of a kind in the league.

We expect to see more of Giannis as he leads the line for the Bucks, and we might just see him get another ring this season with Milwaukee getting closer to sealing their playoff spot.

Babar Azam is a top Batsman for Pakistan that has been on a roll, and with the T20 series going on, Azam has helped Pakistan move forward and helped them gain some exciting points.  He’s currently the leading run-scorer in the tri-series. He continues to help the team get closer to winning a series this year.

The Nigerian-born UFC middleweight fighter is one of the best in the business. Everyone who follows the sport knows how good Adesanya is and how well he fights. Although he had an issue last year where he lost his titles, he has won it all back this year.

His return fight against Whittaker this year showed how well he has been able to bounce back from that loss, and we expect to see him do more as the year continues.

Every year has given us a lot of memorable moments, and this year is no different. We’ve had many players turn up for their teams and take the game to the next level. We look forward to more eventful moments this year. And aside from these five sportsmen, we might even get to see more stars shine and light up the year.