Henry de Bromhead: The new heir to the Leading Trainer’s throne at Cheltenham 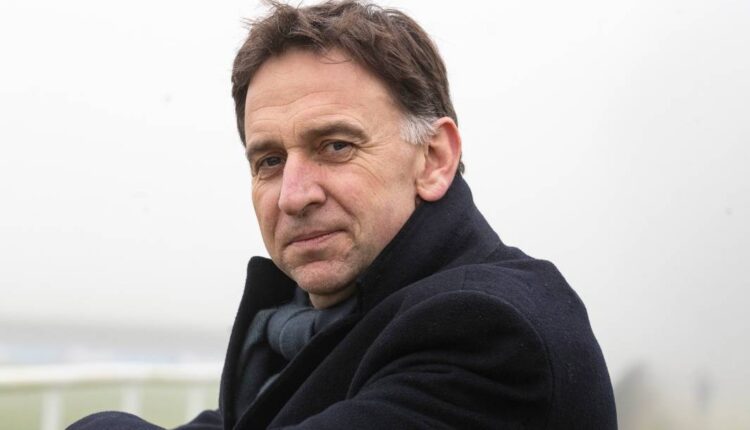 Prior to last year’s Cheltenham Festival, few would have expected Henry de Bromhead to have such an immense presence at Prestbury Park. The controversary caused by Gordon Elliott, as a picture of the two-time Cheltenham Leading trainer straddling a dead horse starting doing the rounds online in the build-up to the meeting, had cast a dark cloud over jumps racing and once again threatened to drag its name through the mud.

However, the tale of De Bromhead and his trusty jockey Rachael Blackmore provided the sport with the feel-good story that it perhaps needed at that desperate time. Blackmore sent records tumbling over the course of the four-day meeting, most notably becoming the first female rider to be crowned the top jockey with six victories, while the Irish trainer also headed back to County Waterford with six wins in the bag — marking his career-best Festival while taking his overall tally to 15.

Yes, Willie Mullins did narrowly beat De Bromhead to the sought-after Leading Trainer accolade, as the esteemed trainer also landed six victories but had the edge due to more second place finishes (7) than his Irish counterpart (3). You could still argue, and many would agree, that De Bromhead had the better Festival though.

Mullins was restricted to a rare sole Championship race victory, with Allaho easily claiming the Ryanair Chase, while De Bromhead was the recipient of the incredible Triple Crown — as Honeysuckle won the Champion Hurdle, Put The Kettle On landed the Queen Mother Champion Chase and Minella Indo stunned A Plus Tard and Al Boum Photo to secure the Gold Cup in what was a truly unbelievable week for the 49-year-old trainer.

In hindsight, a shock fall at the fourth hurdle in the Marsh Novices’ Chase for heavy favourite in the horse racing odds, Envoi Allen, who was moved to De Bromhead’s yard from Elliott’s by Chevely Park Stud in the midst of that controversy, was all that separated him and his maiden Leading Trainer award. But the fact he didn’t win it doesn’t take anything away from his Festival, or what turned out to be an amazing year in general for De Bromhead as he and Blackmore won the Grand National with Minella Times at Aintreein April.

It will come as no surprise that Mullins, who has won the Leading Trainer a huge eight times since 2011, is the heavy favourite to win the award for a fourth successive year at the 2022 renewal. The 65-year-old enjoyed another great Dublin Racing Festival earlier this month, with seven victories over the course of the two-day meeting — including the perfect final preparations ahead of Cheltenham for the likes of Galophin Des Champs, Chacun Pour Soi, Sir Gerhard and Blue Lord.

The return of Gordon Elliott from his racing ban is also an interesting prospect ahead of the Festival. Yes, the 43-year-old lost many of his best horses to his Irish rivals after his regretful actions last February, but his Cheltenham contingent is still looking incredibly strong and he is actually the second favourite, ahead of De Bromhead, to win his third Leading Trainer award — and what a return to National Hunt racing’s showpiece event that would be for the shamed trainer.

De Bromhead is by no means out of the race though. He will be sending the likes of the unbeaten Honeysuckle, Bob Olinger, Envoi Allen, A Plus Tard and defending Gold Cup champion Minella Indo over the Irish Sea to the Cotswolds and his contingent will certainly be in the Prestbury Park winners’ enclosure their fair share of times throughout the week — with Honeysuckle about as nailed-on to win the Champion Hurdle as you’re going to get at the Cheltenham Festival.

The problem for De Bromhead and co. in the race for the Leading Trainer award is Mullins’ conveyor belt of talent that just seems to keep producing top-class horses at his Closutton yard in Co. Carlow. He may not have had much luck in the five feature races last year, but winning the big Novices’ contests are just as important as they are the stars that will go on to win races like the Champion Hurdle, the Champion Chase and the Gold Cup for Mullins in the future and ensure he keeps dominating at the Festival.

It’s not all doom and gloom for De Bromhead though. He has done himself the world of good over the last 12 months, massively growing his reputation in the sport and there’s no doubt that as he continues to deliver in the big races in the United Kingdom and Ireland and oversee the stunning careers of the likes of Honeysuckle, more major owners like Cheveley Park Stud will start to put their trust in him with their horses. That’s when he can take the throne from Mullins!