Kerry Donovan, the leading competitor to Lauren Boebert, has dropped out of the contest for the 3rd Congressional District. 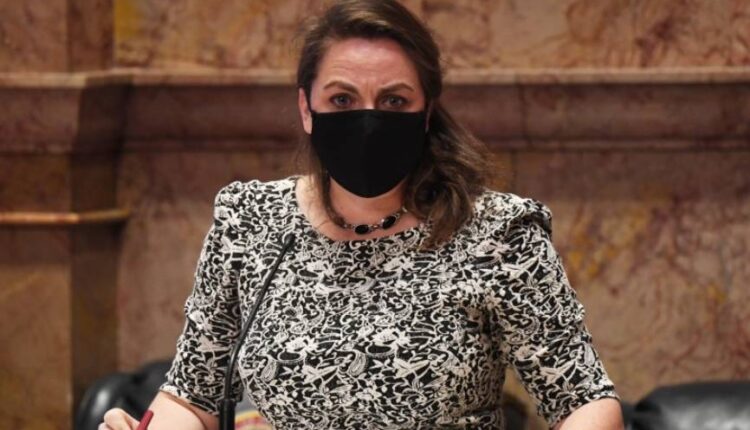 The Democrat who had gathered the most money in the effort to oust Republican U.S. Rep. Lauren Boebert in 2022 has pulled out.

State Senator Kerry Donovan, a Democrat from Vail, has decided to abandon her campaign because it is now evident that neither of her claimed residences — her main home in Vail and her family ranch in Edwards — will be in Colorado’s 3rd Congressional District.

On Monday, the state Supreme Court adopted a new congressional map designed by an independent redistricting commission, which places both Donovan homes in the 2nd Congressional District, which is represented by Democrat Joe Neguse.

“This campaign was about standing up to nasty and divisive leadership and ensuring that the West, which faces significant challenges, was represented by someone who would fight for us, not a headline,” Donovan wrote in an email to supporters.

In regards to the new congressional map, she wrote, “there is no viable path forward for me.”

Donovan raised $735,000 in the previous quarter and spent the majority of it. In the 3rd District campaign, no other Democrat had raised even a third of that amount. State Rep. Donald Valdez of La Jara and Pueblo Mayor Sol Sandoval are among the other candidates.

Boebert has a bigger partisan lead in the 3rd District in 2022 than she had in 2020. Under the newly approved plan, recent election data imply a nearly nine-point Republican lean in that area.

In fact, all of Colorado’s current U.S. representatives have a partisan advantage going into 2022. By far the most contested district is the new 8th Congressional District.