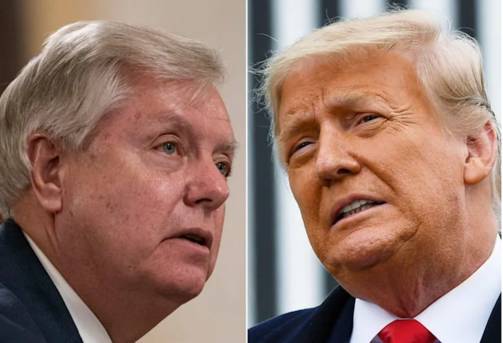 Sen. Lindsey Graham is urging former President Donald Trump to move on from the 2020 election or risk the Capitol attack hanging over him forever, according to a new report from The New York Times.

“What I say to him is, ‘Do you want January the 6th to be your political obituary?'” Graham told The Times. “‘Because if you don’t get over it, it’s going to be.'”

The senior senator from South Carolina became an unlikely ally of Trump after initially dismissing him as a “race-baiting, xenophobic bigot” in 2015 while speaking to CNN. Now Graham believes he can make Trump a “unifying figure” in the GOP, according to The Times.

But he’s weary of Trump’s continued fixation on 2020 and how that will affect the impact of the January 6 riot at the Capitol, when a pro-Trump mob stormed the building, attacked police officers, and disrupted the certification of the election.

Trump continues to harp on his loss to President Joe Biden, falsely asserting the election was stolen from him and repeating unsubstantiated claims of widespread fraud that have been dismissed by the courts, Republican officials, and Trump’s own Justice Department.

Trump has also mischaracterized the rioters as “peaceful” and “great people” and discredited the Capitol police officers who defended the building that day.

Just this week, Trump called the officer who killed Ashli Babbitt, a rioter who was trying to break into the Speaker’s Lobby where lawmakers were present, a “murderer.”

Trump has not yet announced a 2024 run for president but has teased it multiple times.