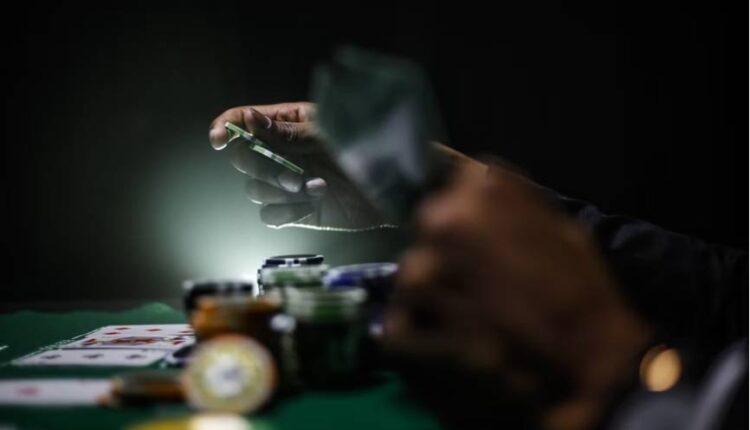 Poker is a family of card games that share betting rules and usually hand rankings. While most people think of poker as a single game of cards, there are many variations of poker each with its own set of rules and popularity. Poker games differ in how the cards are dealt, how hands may be formed, and whether the high or low hand wins the pot in a showdown. Not only are there many types of poker games, but within each type, there are variations as well.

Even though there are many varieties of this game, some are always more popular than others. So, to help you  pick the suitable match for your casino party, here is a list of the most popular types of poker games, ranked:

While this list is by no means exhaustive, it covers the most popular poker games played around the world. So, let’s take a closer look at each one of these games.

Texas Hold’em is the most popular poker game in the world. It is a  community card game where each player is dealt two hole cards and then shares five community cards that are dealt face up in the middle of the table. The game is usually played with two to ten players but can be played with more.

The main objective of Texas Hold’em is to make the best five-card hand using any combination of the two-hole cards dealt with each player and the five community cards. Depending on the betting structure, players can either bet on each hand or raise after each round of betting. The game is usually played with a small and big blind to encourage betting.

In Texas Hold’em, the player who can make the best hand using any combination of their hole cards and the community cards wins. In most cases, the pot is split between the best high hand and the best low hand. However, there are variations of the game where the pot is only awarded to the player with the best hand.

This is one of the most classic poker games and is also one of the simplest. It is usually played with a group of two to six people. In this game, each player is dealt five cards face down and then gets to choose which cards to keep and which ones to discard.

After the first round of betting, each player can trade in up to three cards for new ones from the deck. Once everyone has made their choices, there is a final round of betting before the showdown. The objective of the Five-card Draw is to make the best possible five-card hand. Unlike Texas Hold’em, each player is only trying to make the best hand for themselves and not worry about others at the table.

The betting can also be structured as pot-limit or no-limit. In pot-limit, the maximum amount a player can bet is the size of the current pot. In no-limit, there is no limit to how much a player can bet. Depending on the stakes, players can also choose to play with or without jokers. However, when jokers are used, they usually act as wild cards.

Another key difference between Omaha Poker and Texas Hold’em is that there are usually more rounds of betting. This is because it can be difficult for players to make a good hand since they have to use exactly two of their hole cards. Consequently, the pot tends to be larger in Omaha Poker than in Texas Hold’em.

As the name suggests, in Seven-Card Stud, each player is dealt seven cards. However, unlike the other games on this list, only four of those cards are face down. The remaining three cards are face up for everyone to see. And still,  the objective of the game is to make the best possible five-card hand.

Another crucial difference is that there is no community card in this game. This makes it more difficult to make a good hand since each player has to rely on the cards they are dealt.

Razz Poker is a variation of Seven-Card Stud where the objective is to make the worst possible hand. This might sound counterintuitive, but it is a very fun game. The player with the worst hand is the one who starts the betting. And like in Seven-Card Stud, there is no community card in Razz Poker.

Razz Poker is usually played with a limit or pot-limit betting structure. However, there are also some variations of the game where the betting is no-limit. So if you’re looking for a game that is a little bit different, Razz Poker might be the game for you.

As you can see, there is more to poker than just Texas Hold’em. The good news is that once you understand the basics of poker, it is relatively easy to learn new games. If you’re looking for a change of pace and a new challenge, any one of these games would be a great choice, so make sure to give them a try.