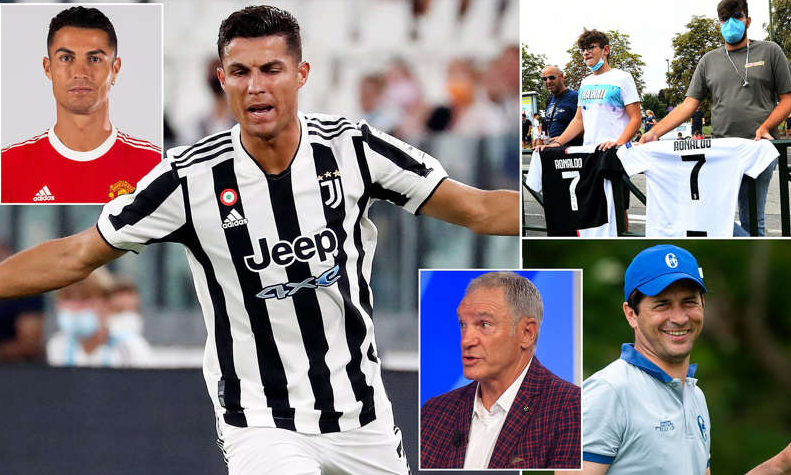 Ronaldo slammed by Juventus legends after return to Manchester United

Cristiano Ronaldo has come under huge scrutiny from Juventus legends after departing the Italian club for Manchester United last week.

The 36-year-old brought his three-year stay in Turin to an end by sealing a return to United in a deal worth £19.4million.

But Ronaldo has now been heavily criticised by former Juventus stars Sergio Brio and Alessio Tacchinardi, who said that the fans ‘deserved something better’ and ‘Juventus deserve more respect’.

The Portugal international was heavily linked with a move to rivals Manchester City just hours before his return to Old Trafford was announced and Ole Gunnar Solskjaer later admitted that he was surprised that Ronaldo was available to leave Juventus.

Tacchinardi told Tuttosport: ‘Ronaldo should have left in a different way, not on his private jet while Allegri was talking to the team before the game against Empoli.

‘I expected a press conference to say goodbye to the fans. They deserved something different.

‘There are no more legends such as [Alessandro] Del Piero, [Francesco] Totti, [Paolo] Maldini or [Javier] Zanetti, but it wasn’t nice to hear from Ronaldo that he was going back to a place he feels like home.

‘He put Juventus in a difficult situation, leaving a few days before the end of the transfer window, it is impossible to replace a goal machine like him.’

Four-time Serie A winner Brio added: ‘Juventus deserve more respect, I didn’t expect Ronaldo to snub the club like this. It was not nice of him.

‘I always speak highly of the three clubs where I played: Juventus, Lecce and Pistoiese because they signed me and believed in me. Cristiano is a great professional, but his farewell should have been different.

‘Perhaps they didn’t break up gracefully, but I am convinced it was the right thing for the player and the club. If a player is forced to stay, he could cause damage to his teammates and the club.’

Ronaldo broke another record on Wednesday night – becoming the all-time leading scorer in men’s international football with 111 goals after his brace against Republic of Ireland.

He was later released from international duty after receiving his second caution of the World Cup qualifying campaign during that game and could be in line to make his second debut for the club next weekend when the Red Devils take on Newcastle at Old Trafford.

During his first spell at United, he won nine honours – including three consecutive league titles as well as the Champions League in 2008.

All facts about MyKinkyDope, Her Wiki, Biography, Husband, Age, Net worth

All facts about Shinaryen, Her Wiki, Biography, Husband, Age, Net worth

‘They had a special sauce,’ Peyton and Eli…