Roulette at the movies: the classic scenes 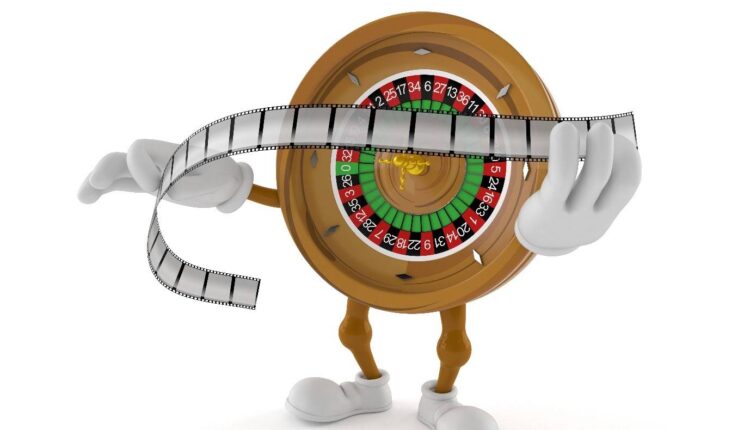 Sometimes, simply playing Roulette just isn’t enough to satisfy those cravings for a brush with the casino classic. But don’t worry, as the popular game also features in many different examples of pop culture and entertainment, namely movies, helping you to get your Roulette fix, elsewhere.

Tapping into the already thriving phenomenon that surrounds Roulette games, the world of film often utilises the casino setting and iconic game to inject a little bit of tension into their protagonist’s most pivotal scenes. Afterall, as Roulette is a game of chance, so anything can happen once that wheel starts spinning!

With this in mind, we’ve pulled together a short list of our favourite films and taken a look at how Roulette plays into those iconic movie moments.

Going way back into the archives, our first film is a classic American drama, directed by Michael Curtiz. Casablanca is set during World War II, and is widely considered to be one of the greatest movies ever made, as well as being frequently referenced in today’s modern pop culture. In fact, one of the most talked about scenes from this film is café owner, and protagonist, Rick’s tumultuous Roulette game.

It’s worth noting that Casablanca showcases a more corrupt game of Roulette than the average player will be used to. A woman and her husband come to the gaming table, desperate to bag a win and continue on the run to America. Rick, who is played by Humphrey Bogart, recognises their struggle and ensures that they bet on the wheel’s bias, and win. This is certainly not a good example of casino etiquette, and in the modern world of gaming, the Roulette wheel is developed to not have any kind of bias, especially when you play online. But anything is possible in the world of cinema!

The seventh instalment of the prolific James Bond franchise, it should come as no surprise that 007 is back at the casino once again. Prior to this film, Bond had already made his love for casino gaming clear, often appearing at the Poker and Blackjack tables, in order to face off against his latest nemesis.

Back to Diamonds are Forever, and the scene in question, Bond arrives as the Whyte House mansion, ready to pull up a chair and challenge the iconic Roulette wheel. Sean Connery plays the legendary role, entering the casino with all of the charm and charisma that’s associated with the agent. The Roulette game in this film may not be the focal point of Bond’s showdown, but it does aid in setting the scene for the famous Craps game that follows, going on to demonstrate that not even the suave and sophisticated James Bond can beat the casino’s house edge.

Now for something slightly different. Run Lola Run is considered to be one of the highlights of German cinema, falling into both the thriller and romance category. This film uses the game of Roulette to make a philosophical examination of life and its various probabilities and outcomes – with the gameplay scene being the most famous.

Director Tom Tykwer admittedly uses the casino location to make a comment on the significance of time within the film’s plot, juxtaposing the fact that casinos rarely have clocks on their walls. Just one avenue of the plot follows protagonist Lola, who has been tasked with gathering and delivering 100,000 Deutsche Mark in order to save her boyfriend’s life. Not your everyday scenario!

Lola goes on to place a single 100 Deutsche Mark chip on number 20 on the Roulette wheel. This action plays an essential role in exploring the concept of time, as well as indicating the importance of chance in the film’s plot. Yet again, this is another example of how Roulette is entirely based on chance – and the outcomes cannot be predicted.

Want to know if Lola bagged that ransom money? Well, you’ll just have to watch to find out.