Steve Harwell, the lead vocalist of Smash Mouth, has announced his retirement following a shaky performance in New York. 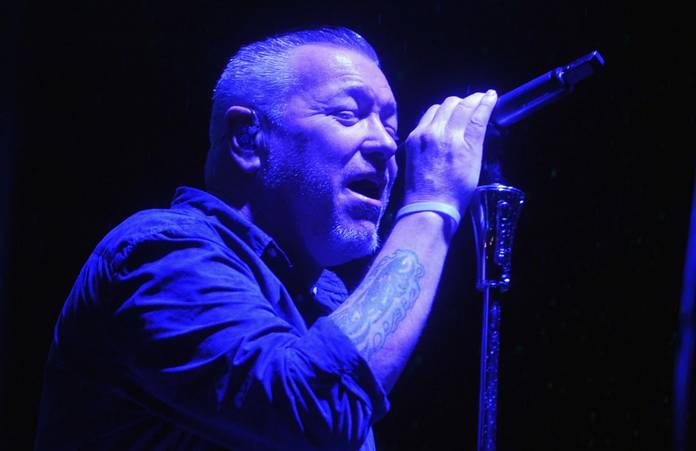 Smash Mouth’s main vocalist, Steve Harwell, is reportedly retiring following a contentious concert in upstate New York on Saturday, during which he was seen slurring his words and making vaguely menacing statements to the audience. The singer has been fighting health issues for some years, and the band has recently performed with a stand-in vocalist.

The singer, 54, reportedly made the revelation to TMZ, but there was no post on his or the band’s socials at the time of publishing (Harwell’s Instagram account is private), and a representative for the group did not immediately reply to Variety’s request for comment.

“I dreamed of being a rockstar and playing in front of sold-out arenas since I was a kid, and I’ve been so lucky to realize that dream.” It’s been an honor performing with you all these years, and I can’t think of anybody else I’d prefer have gone on this crazy ride with.”

According to TMZ, Harwell was diagnosed with cardiomyopathy eight years ago, which resulted in other medical complications such as heart failure and Wernicke’s encephalopathy, which affects his motor functions, including speech and memory and presumably contributed to his disoriented performance at the concert, which took place Saturday afternoon in Bethel, New York. Over the last several days, video clips from the concert have gone viral on the internet.

Harwell had previously stated that he wanted to take a break from performing, but it appears that he has now retired completely.

“Thank you to our devoted and fantastic fans; all of this would not have been possible without you.” I tried so hard to overcome my physical and mental health difficulties and play in front of you one more time, but I simply couldn’t,” he said, according to TMZ. “I can’t wait to see what Smash Mouth does next, and I’m excited to be one of the band’s newest fans.”