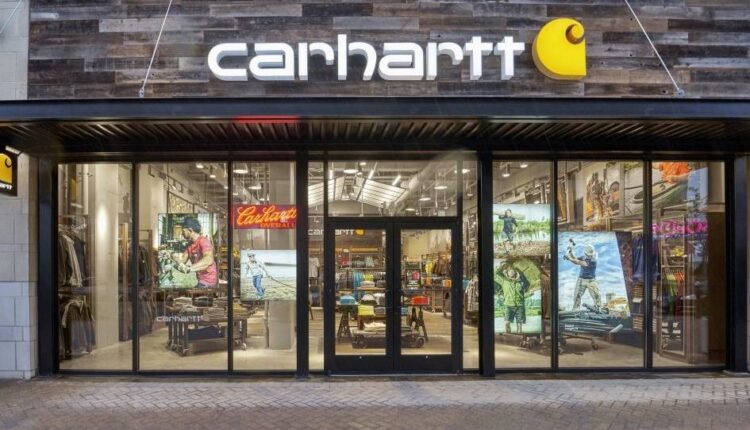 Now that the United States Supreme Court has struck down the Biden administration’s vaccination-or-test requirement for private employers, businesses across the country have a choice: continue with the vaccine mandate or abandon it.

Carhartt, the workwear firm, became the latest example this week of the public tightrope employers must walk to balance employee health and safety concerns with staffing constraints, potential legal liability, and customer backlash.

“Employers are caught in a no-win situation. As an employer, you have a responsibility to ensure a safe working environment for your employees. That is an extremely subjective criterion. When you don’t have the benefit of a law to point to, it becomes more subjective “David Lewis, CEO of OperationsInc, a human resources consulting organization, stated.

Carhartt CEO Mark Valade said Friday in an internal all-staff email that the company’s vaccine mandate — which took effect earlier this month for the majority of Carhartt’s 3,000 US-based employees — will remain in effect notwithstanding the Supreme Court’s decision. The law allows for religious and medical exemptions.

“We place worker safety first and foremost in our priorities, and the Supreme Court’s recent decision has no bearing on that basic principle,” Valade stated. “An unvaccinated staff is a risk to both people and business that our organization cannot afford.”

The email was then photographed and shared on social media.

While proponents of vaccination hailed the move, other conservatives called for a boycott of Carhartt products and questioned the company’s choice in light of its historic blue-collar client base.

“Pretty wealthy for a firm that is sustained by the ranchers, farmers, and laborers that make this country great and uphold its values of liberty and freedom. Continue to boycott Carhartt until they succumb, “Molly McCann, a conservative attorney who previously represented former Trump administration national security adviser Michael Flynn, stated in the article.

Although the company has significantly expanded its reach in recent years, its most well-known products are the rugged jackets and overalls worn by construction workers, contractors, and utility workers — and occasionally by politicians seeking to bolster their blue-collar credentials on the campaign trail.

“Carhartt recognizes and respects the diversity of viewpoints on this subject, and we are aware that some of our associates oppose this policy. We stand by our decision, however, because we feel vaccines are vital for the protection of our workers “Amy Hellebuyck, the company’s spokesperson, stated in a statement. She said that the “great majority” of Carhartt staff are either vaccinated or on their way to becoming immunized.

The polarized environment in which businesses operate

While immunizations do not completely prevent the spread of COVID-19, they significantly reduce the risk of contracting the disease and significantly increase the likelihood of avoiding hospitalization or death. Those who have had booster shots have an additional layer of protection. Immunization mandates have proved effective in increasing vaccination rates.

The Biden administration’s proposal would have mandated that private firms with 100 or more employees impose a vaccine mandate or conduct COVID-19 testing at least once a week. The regulation would have applied to around 84 million workers.

According to a December study conducted by CNN and SSRS, six in ten individuals supported a rule similar to the one proposed by the Biden administration. In another study, Axios and Ipsos discovered that 54% of respondents favored employer requirements.

However, Republican and Democratic support for mandates is markedly different. According to the Axios poll, nearly 80% of Democrats favored workplace mandates, while only 30% of Republicans did.

The Biden administration announced the rule in September in the intention of increasing immunization rates across the country. It was originally scheduled to take effect this month as an Occupational Safety and Health Administration regulation.

However, the rule faced legal challenges and was finally struck down by the Supreme Court last week in a 6-3 decision.

Companies are further perplexed by areas where politicians have effectively prevented private vaccine mandates — as in Montana and Tennessee — or undermined them by demanding expansive exemption procedures, as in a number of other conservative states.

“It’s a very, very swampy, murky mess here,” said Lewis. “My strongest message to our client base has been: You’re either all in, or you’re not.”

Employers, Lewis explained, will ultimately decide whether to maintain vaccine mandates. Consumer sentiment is one aspect that affects public-facing businesses. However, he notes that the opinion of present employees is also significant.

The tight labor market may be the primary source of concern for businesses with lower vaccination rates, as they may be hesitant to let off employees who refuse immunizations during a period when finding replacements may be difficult.

According to the CDC, more than 73% of Americans over the age of 18 are completely immunized. Unvaccinated individuals are more likely to be under the age of 50 and less educated.

This means that businesses with a predominantly white-collar and coastal workforce may have an easier job enacting and enforcing a vaccine mandate, Lewis explained.

“It’s not just about the white-collar versus blue-collar, but there’s definitely a divide that starts there,” said Lewis. “It’s politics. It’s regions within the country that have been more on board with vaccinations than those that have not.”

CitiGroup, the financial behemoth, announced Friday that it will proceed with its mandate despite the fact that 99 percent of the company’s tens of thousands of US-based employees met a mid-January vaccination deadline.

Scott Kirby, CEO of United Airlines, has continued to defend his company’s mission. He stated last week that the policy “saves lives” and revealed that, on average, more than one United employee died per week from COVID-19 before to the company’s mandate taking effect in September.

Starbucks is one of the companies that has taken advantage of the opportunity to relax vaccination requirements. Earlier this month, Starbucks announced that it would require employees at its thousands of locations across all 50 states to be fully vaccinated by Feb. 9 or face weekly testing, as required by the OSHA rule.

On Tuesday, the firm switched course, assuring employees that no vaccine or testing regimen would be required.

And two of the country’s largest manufacturers – GE and Boeing – both waived their commitments in December when a federal judge blocked another Biden administration rule forcing government contractors to follow vaccine mandates.

Why A Shopify Marketing Agency Is Useful For Small…

Why is Leadership an Important Matter for Businesses?