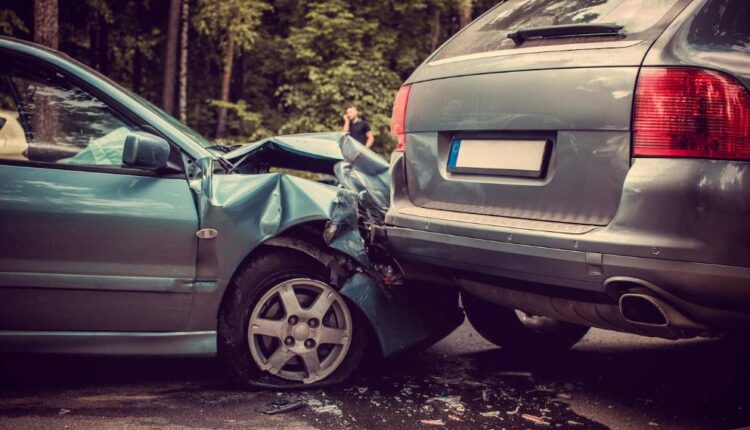 Are you ready to move your car? Wait, do you have car insurance? What is insurance? Well, I’m going to go over the best insurance tips and overall coverages that you need to know. This is a new way to explain insurance that makes it a lot simpler.

I don’t know exactly what state you’re in whether you’re in New York, Michigan, Florida, California, Texas, Ohio, Washington DC, Alaska, Arizona etc. even though we may talk about those throughout this article, there’s a unique thing about each state but this article is kind of the generalized version of how insurance works. I’m actually going to go ahead and show you some examples and some recommendations of some things that I would lean towards that you should also look into to give you some more advice going forward. That being said, the essential reason that you buy insurance is to protect yourself, your assets and to protect your future incomes. There are three primary pieces that make up car insurance. First, there is coverage for others, secondly, coverage for you, and last but not the least, coverage for your vehicle.

Auto Insurance coverage for others

The first part is coverage for others which entails (bodily injury) that’s the price that your insurance will pay for medical if you injure somebody else in an accident. So, if your car hits somebody else and they go to the doctor or hospital, whatever limit you pick is how much they are going to cover. They do this in one of two ways. They do it per person and per accident. So, it’s called 10 /20 or 100/300. Commonly, people do the 250/500. What that means is that $250,000 will cover that person’s medical if you injured them up to 250,000 per person. Now if there’s multiple people in the car, let’s say there were three people in the car, A driver and passengers and they all were injured. As long as you don’t go above 250,000. They’re covered under your policy for that accident.

Keep in mind you have the 500,000 per accident total aggregate limit. And that means that if these three people even though they are under that 250,000, if any of them all together collectively are over 500,000 it cuts off there as well.

The second part for coverage for others is property damage. And that’s essentially the same thing but for someone’s car.

Well, what about the people in my car? Well, you can pick up a couple of things. There’s something called medical payments, med pay, and that’s coverage for anybody in your car. It’s per person. So, if you have four people in the car, each person gets that coverage. The most common that people choose is $10,000. You can go higher or lower or sometimes completely remove it, but it’s 10,000 per person. So, you’ve got 40,000 coverage total, as long as each person doesn’t max out over that 10,000. There are also uninsured and under-insured motorists. So, if you’re not at fault in this accident, and someone hits you but they don’t have enough auto insurance coverage. You can self-insure it by adding a small coverage that covers those cases. In that way. You don’t have to go after the person or sue them, the insurance company will deal with it. They will pay the bill up front up to the limits that you pick and then they will go after the guy on their own. Normally you will need to match your bodily injury. So, if you carry the 100/300, or the 25/50. That’s the same thing that you are going to get for the uninsured motorist and under-insured motorist. So, if they hit you, people in your car benefits same thing 25,000 per person 50,000 per accident and that goes in case of they are not having enough insurance coverage that leads into under insured motorist which is covering the difference between it. so uninsured is the case where they have zero insurance for their vehicle.

Car Insurance provides insurance safety net in the case of an accident that results from costly damages or injury to those involved due to the critical financial role that auto insurance plays. It’s critical to search around for the best auto insurer price and service for your needs. Below is a list best car insurance companies in the United States of America.

State Farm is an excellent auto insurance company for anyone looking for a local agent with customized service and rates that are lower than the industry average. State Farm is the largest vehicle insurance business in the United States, with a market share of 16 percent of the total available market. State Farm receives more than 15 percent of the dollars spent on private passenger auto premiums in the United States, according to the firm. State Farm’s size and reputation simply lend themselves to becoming one of the best auto insurance providers for drivers in any state, regardless of where they live. With a robust local agent network, the company is able to provide consumers with a comprehensive selection of personal and business insurance products, demonstrating its commitment to putting the customer first. StateFarm has the greatest rating out of all the carriers available to all drivers across the country, according to the American Transport Association. More than 19,000 qualified insurance professionals are available in communities across the United States to assist consumers who want expert insight when discussing their policy. Digital management solutions, such as a highly rated mobile app that allows you to file auto claims and contact your agent, allow for a more mobile approach. StateFarm was not only the largest and most widely available vehicle insurer on this list, but it also had the lowest car insurance prices in the majority of states in the United States.

GEICO is widely considered to be one of the best car insurance companies in the country. Geico offers competitive pricing, nationwide availability, and a simple online buying experience to its customers. In addition to its excellent score, the company’s long history as a respected household name vehicle insurer is one of the reasons it was featured on our list of the most dependable car insurance providers. Coverage is offered for practically every type of motorist, including those with a blemished driving record, making vehicle insurance coverage accessible to all customers. Car insurance company GEICO is one of the few that would sell policies for drivers who have been involved in high-risk incidents. While high-risk insurance plans will always be more expensive than standard coverage, they are also more comprehensive. In many cases, a high-risk driver will have difficulty obtaining available coverage options, particularly from major insurers. Many consumers find GEICO to be a convenient and affordable option. Drivers with a poor credit score are also more likely to get lower insurance prices with the insurer because they have complete coverage, which is more expensive.

The United States Automobile Association (USAA) was founded in 1920 by 25 army officers who chose to insure each other’s automobiles. As of now, the organization provides services to millions of military personnel, including active-duty and retired military personnel as well as family members of military personnel and cadets for midshipmen. USAA is one of the most prestigious automobile insurance firms in the United States. If you fulfill their qualifying conditions, you’ll benefit from extremely reasonable pricing, outstanding customer service, and prompt claim response times from this company. The biggest disadvantage is that membership is restricted. The headquarters of USAA are located in San Antonio. Because of its focus on the United States Armed Forces, USAA is the largest privately held company in San Antonio with a corporate site that is three quarters of a mile long. Among the best and most affordable vehicle insurance options for veterans and military service members, USAA is our top pick. While not all drivers may be eligible for coverage via USAA, many do. For millions of military families around the country, the firm stands out as a top choice.

Progressive’s ability to provide relevant rate tools as well as high levels of customer satisfaction help to cement its position as one of our top auto insurance selections. With the help of Progressive Insurance. Saving money is possible anywhere in the United States based on a consumer’s individual budget and driving habits, and it is supported by a financially sound company that has received outstanding evaluations from third-party agencies. When it comes to drivers that have a history of accidents, Progressive Insurance provides incredibly low rates. Claim satisfaction, on the other hand, is below average, as are the coverage options. In addition to the snapshot app, which analyzes driving and provides discounts for safe driving, Progressive also offers a telematics system, which analyses driving and provides discounts for safe driving, to help drivers save time and money while managing their insurance policies online.