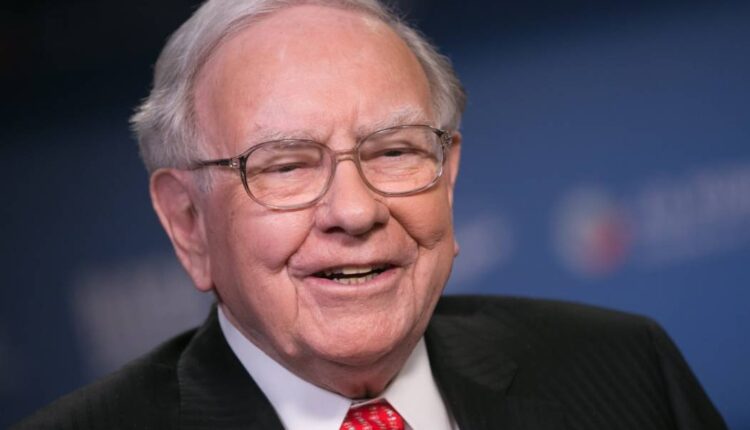 Warren Buffett doesn’t have a reputation for investing in technology.

In his 2014 letter to shareholders, Buffett said that he likes “simple businesses” and that “if there’s a lot of technology, we won’t understand it.”

But in the past few years, the Oracle of Omaha has become more interested in technology. In 2016, his holding company, Berkshire Hathaway, began to buy Apple. Now, the iPhone giant is the company’s biggest public holding.

Last month, Berkshire announced that it had bought 121 million shares of HP (HPQ), a company that makes hardware for PCs and printers. At today’s prices, this is a stake worth nearly $4.7 billion.

Let’s take a quick look at the move and see if investors should follow Buffett into HP.

At the end of 2021, Berkshire’s cash pile had increased to a near-record $146.7 billion, partly due to the fact that Buffett had discovered relatively few things that thrilled him. After all, he is a value investor, and valuations in the U.S. stock market had reached absurdly high levels until quite recently.

But it is quite evident that Buffett now sees potential in the market based on the recent actions that his company has made.

In the later part of the month, Berkshire came to an agreement to purchase the insurance business Alleghany for a total of $11.6 billion.

Berkshire has now become the company’s largest stakeholder by purchasing 121 million additional shares of HP, giving it a 11.4 percent interest in the company.

A business that is expanding quickly.

HP has a market worth of approximately $41 billion, making it far less than Apple, which is Buffett’s other large tech stake. However, it is considered to be a major participant in the computer industry.

Additionally, the economy is in a state of constant motion.

Revenue for HP’s first fiscal quarter was $17 billion, representing an increase of 8.8 percent year over year. The adjusted earnings per share came in at $1.10, which was significantly beyond the prior outlook provided by management and represented a 19.6 percent increase from the same time last year.

In March, HP made the announcement that it will buy Poly, a business that specializes in video and audio solutions, in an all-cash transaction with a value of $3.3 billion. The move is expected to speed up HP’s growth plan and contribute to the company’s efforts to establish a leading portfolio of hybrid work solutions.

Additionally, the organization will be providing financial returns to investors. HP has a respectable annual yield of 2.6 percent, which is achieved by the distribution of dividends at a rate of 25 cents per share on a quarterly basis.

In addition to this, the company is repurchasing its own shares: During the first quarter of the fiscal year, HP used $1.5 billion in cash to repurchase approximately 42.6 million shares of common stock.

In recent years, a large number of technology stocks have had huge price increases, which has pushed their valuations to levels that are uncomfortably high. This is a direct result of increased investor interest.

On the other hand, HP’s prices have not increased significantly in recent years, which is a quality that Buffett looks for when making investment decisions.

Following in Buffett’s footsteps might not be such a bad idea, considering how favorably Wall Street has reacted to the investment (stock of HP and Berkshire have risen nicely since the announcement of the transaction, respectively).