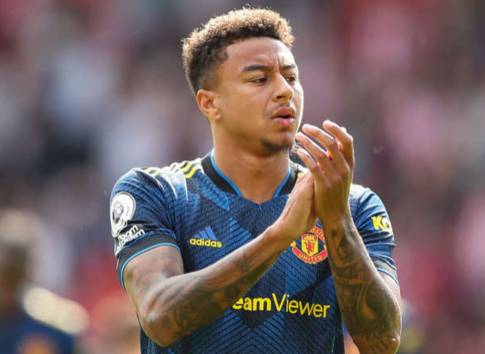 West Ham United did not make a late push for Jesse Lingard in the transfer window after the player made it clear to the club that he did not want to return to the London Stadium, 90min can reveal.

Lingard spent the second half of last season on loan with the Hammers, and he impressed hugely with nine goals in 16 games.

It was expected that West Ham would try and take him back for this campaign, either on a permanent deal or on another loan, but their plans altered following Lingard’s decision – which he communicated to joint chairman David Sullivan personally. The club did make an approach but changed their plans after learning the deal wouldn’t be happening.

West Ham proved with the signing of Croatian midfielder Nikola Vlasic that they had the finances to bring Lingard in, as the Croatian cost over £25m and was handed a contract in excess of £100,000-a-week.

28-year-old Lingard is now back involved at United, but his chances to hold down a regular place look limited with Jadon Sancho and Cristiano Ronaldo arriving in the transfer window.

United boss Ole Gunnar Solskjaer has stated that Lingard is a player he is planning to use and could be an important part of his squad, although so far this season after three Premier League games, he has been a substitute twice – coming on just once for four minutes at Southampton.

Lingard, who also attracted interest from abroad during the summer window with Atletico Madrid and Inter Milan showing interest, has less than 12 months left on his current deal but he is now looking to battle and earn a new contact at Old Trafford.

We have been told by sources close to the club that Lingard will revisit his situation in January, by which point it will be clear just where does stand at United, and particularly with Solskjaer.