Why McCarthy is staying silent on the bipartisan infrastructure bill 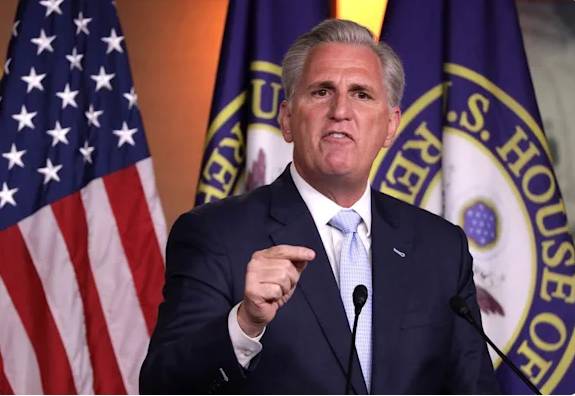 House GOP Leader Kevin McCarthy has been maintaining a deliberate silence about how his caucus should approach the $1.2 trillion bipartisan infrastructure bill.

Why it matters: It passed the Senate last week with the support of 19 Republicans, including Minority Leader Mitch McConnell (R-Ky.). But it faces an uncertain future in the House, with even Democrats divided over what they want.

The intrigue: Speaker Nancy Pelosi (D-Calif.) has insisted the House won’t vote on the bipartisan infrastructure package until the Senate also passes the Democrats’ $3.5 trillion bill.

What we’re hearing: Several House GOP aides, including those in leadership, told Axios that as long as Pelosi continues to tie the bills together, they doubt many, if any, House Republicans will support it.

Between the lines: Several House conservatives, particularly those on the right, have already come out against the bill.

What’s next: The House will come back early from its weeks-long recess on Aug. 23 to begin consideration of the $3.5 trillion bill and voting rights legislation.