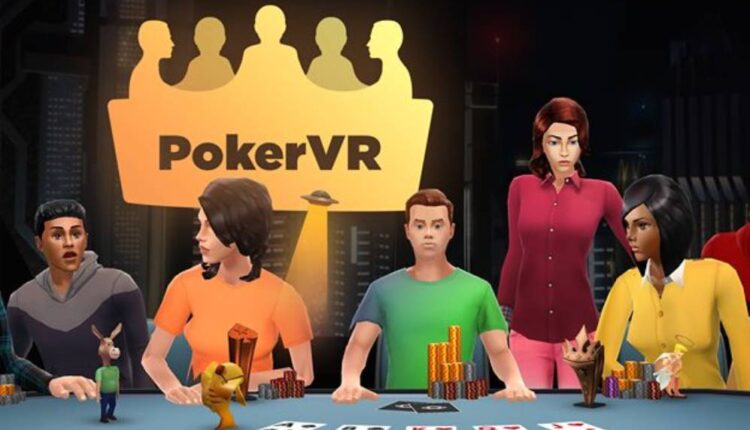 Virtual reality’s capacity to generate immersive 3D environments has helped modernize many different industries. We’ve seen how augmented reality can create personalized learning environments that improve the quality of education for remote university students. However, no industry has benefited more from VR than the game industry. VR’s unmatched capability to bring players into the game in a way that feels extraordinarily real makes games more entertaining for modern players.

While lots of genres have made early forays into VR, online poker has proven to be one of the most promising in the early going. Given the card game’s relative simplicity with regard to action, as well as its increasing presence in online spaces to begin with, VR in this case has served as a very natural next step forward into the digital age. And while there still aren’t too many mainstream VR poker games just yet, three noteworthy ones represent some of the best games in the medium so far:

1 .Poker VR
A new iteration of the Casino VR game (which was one of the very first applications of VR poker), Poker VR is a free, downloadable game with many realistic elements. Most notably, unlike some other VR poker games that feature wonky avatars, Poker VR is carefully designed so that it can capture all of your body and lip movements in the form of a custom avatar. This is an especially helpful feature for those who understand the importance of reading body language in poker. By observing accurate avatars, players can note any tells like twitching lips, fidgeting limbs, or slouched posture.

Aside from the avatar feature, Poker VR is also a good option for those who want to enjoy a less rambunctious gaming experience. While other VR titles can tempt players to act out thanks to prompts, Poker VR keeps things relatively streamlined. Sure, you can move about freely, but there aren’t any drinks to throw or popcorn to lob. This is one more reason why Poker VR is also reported to be the most successful virtual reality poker game to date. Back in 2018 in fact, Poker VR was even revealed to be the highest-grossing free game in the Oculus Store.

Considering that this title comes from one of the biggest names in online poker, it’s no shocker that PokerStars VR is a crowd favorite. After all, throughout its 20-year history, PokerStars has continuously maintained excellent online gaming platforms and one of the best poker apps on the market. Currently, the PokerStars app in particular is still considered to be one of the best places to play real-money games online, thanks to its SCOOP events, flexible buy-ins, and collection of freerolls.

The VR offering of PokerStars offers all the same basic features, with the added bonus of openly interacting with other players –– and without real money on the line. Depending on your playing level and preferences, you can jump in via Sit & Go (SNG) tourneys or unlockable high-roller games. Granted, this game isn’t for serious players or those who want to earn real money. But you will get a kick out of earning in-game currency, gesturing at opponents, and immersing yourself in in-game activities (like getting yourself a cigar or a glass of bubbly). As of this writing, the PokerStars VR game is free to download on the Oculus Store, Viveport, and Steam.

One of the most immersive VR titles in general, Gangsta Underground: The Poker ups the ante by looping players into a mob-run world. Created by South Korean developer Reality Reflection, Gangsta Underground features high-quality graphics that will have you feeling like a real-life card shark.

Presently only available in single-player mode, Gangsta Underground lets you customize an avatar that you’ll use to face off against the game’s villainous card players in underground locations. While you may not get the interactive quality of other VR poker titles in this game, you do get to enjoy a helpful display and pop-up labels. These include clear menus that indicate how many chips you still have and how much you’re currently staking in any given game. The poker within Gangsta Underground is pretty standard, too (though it’s worth brushing up on three-card poker since it may come up). Playable on the Oculus Quest 2, Oculus Rift, Valve Index, and HTC Vive VR, this title will pull you into a gritty world where every game is life or death –– literally.

In closing, while VR poker still has its kinks to sort out, it is an exciting new way to enjoy the beloved card game. And as ever, developers are working to create patches and updates that will make digital poker more convenient and accessible. The near future of online poker is full of exciting possibilities. We’ll only see better versions of the games listed above moving forward.