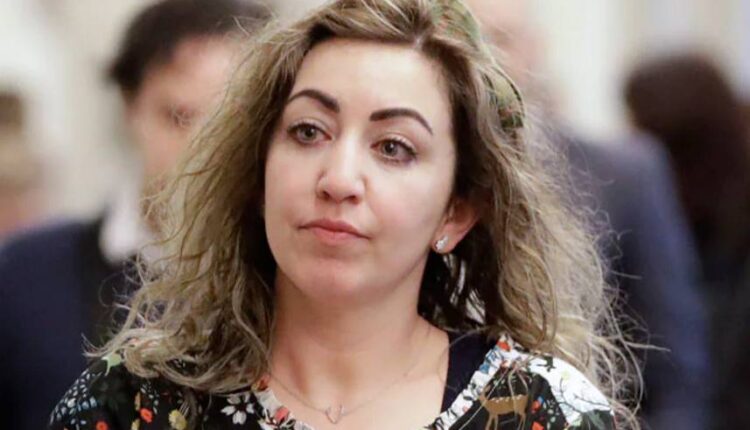 At the end of 2017, a nurse named Vaught made the unfortunate error of giving a patient named Charlene Murphey the incorrect medication while Murphey was waiting for a radiologic exam to be performed at the Vanderbilt University Medical Center. Murphey passed away as a direct result of the error, and a subsequent inquiry determined that various patient protections that should have been present at the hospital had been absent or lacking at the time of the occurrence and were partially guilty.

Story: What did RoDanda Vaught do?

According to the opening comments made by the prosecution during the trial, Murphey was sent to Vanderbilt University Medical Center around the holidays in 2017 because she was experiencing bleeding in her head. According to the opening comments, she suffered from claustrophobia and was terrified of going into the tube-like machine that would be used for the PET scan, so her doctor gave her a prescription for Versed, a medicine that helps ease anxiety, before the procedure.

However, the prosecution claims that Vaught injected her with vecuronium, a medicine that paralyzes patients and can only be administered while a patient is intubated since it makes it impossible for a person to breathe.

Vaught stated that she couldn’t see Versed in Murphey’s profile when she tried to retrieve it from an automated medicine dispensing cabinet during an interview with the Tennessee Bureau of Investigation (TBI). She then went around the system by typing “VE” into the search bar and selecting vecuronium as the first drug on the list.

According to the report from the TBI, she stated that she should not have circumvented the system, despite the fact that it was usual practice to do so, and that she should have recognized the distinction between the two medications.

District Attorney General Glenn Funk stated in a statement that when Murphey was administered with the incorrect medicine, she swiftly became paralyzed and suffocated over the course of a period of thirty minutes. Although she was awake during this time, she was unable to move or call for help. According to Funk, she was discovered unresponsive and passed away the following day.

However, Vaught’s attorney argued that it was common practice for nurses at Vanderbilt University Medical Center to do overrides as a way to deal with the “systemic problem” of different software systems at the hospital not communicating with each other. This “problem” prevented different software systems from sharing patient information with one another. The Vanderbilt University Medical Center did not wish to comment for this specific incident.

Should a nurse face criminal charges if she is responsible for a medical mistake that leads to the illness or death of a patient she is caring for?

After a former nurse in Tennessee named RaDonda Vaught was found responsible for the death of a patient and sentenced to three years of supervised probation, this subject has become the focal point of a contentious debate.

The judge referred to the incident as a “awful, terrible blunder” in her ruling. She mentioned Vaught’s lack of criminal history and intent as the reasons why she should not have to serve time in prison.

Vaught expressed regret to the patient’s family about what had transpired during the sentencing hearing that took place in Nashville.

In 2017, Vaught fatally injected a 75-year-old lady with the incorrect prescription, which led to the woman’s death. On March 25, a jury convicted Vaught guilty of criminally negligent homicide and gross neglect of an impaired adult. According to reports from the Associated Press, the patient, Charlene Murphey, passed on the next day while being treated at the Vanderbilt University Medical Center.

During the opening comments of the trial, Vaught’s counsel stated that her client gave a complete admission of what occurred to the hospital professionals present at the time of the incident.

Vaught did what she was supposed to do, which was to report her mistake so that it could be avoided in the future. According to Janie Harvey Garner, the founder of Show Me Your Stethoscope, an advocacy and support group for nurses, Vaught’s unintentional medical error should not be considered a crime.

According to Garner’s observations, instances of this nature have always been handled with administrative discipline, which ultimately results in the nurse’s license being suspended or revoked. She went on to say that it was “unheard of” for an unintended error made by a nurse to be charged as a crime.

“Nurses will no longer disclose medical blunders if there is a possibility of going to prison for doing so… Because of this, the situation in the hospital will become significantly riskier for the patients.

Who is RaDonda Vaught Husband?

It is not clear whether she is married or not at the moment. We will keep checking.

How old is RaDonda Vaught?