6 Examples Of How Movies And T.V Shows Get Technology Wrong 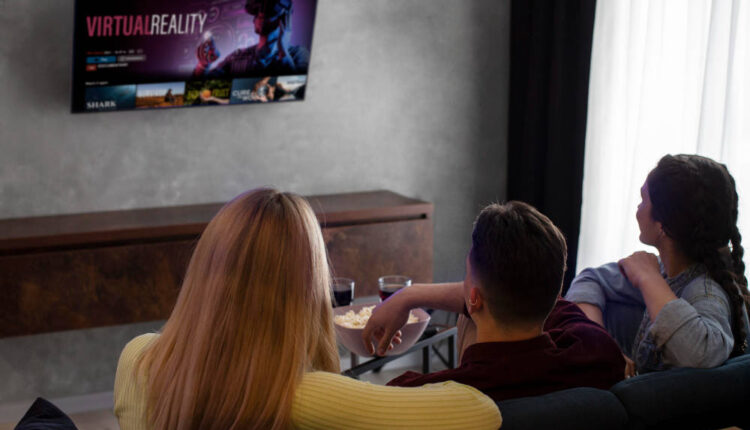 As the world embraces more technologically advanced ideas, we have started to see this equipment pop up more often in popular media. What was once seen as science fiction in shows like Star Trek has now made it into modern life; however, writers and directors still fail to understand how this new technology actually works.

You have probably found yourself screaming at the movie screen because someone misrepresented something that you have a working knowledge of. Although, you may be surprised that this happens more often than you may think. Hollywood directors are always juicing up specific technology to fit their plot, and it seems that the public has developed their knowledge of how these devices work from this media, rather than the truth. As such, here are just a few examples of how movies and T.V shows get technology wrong.

You will have no doubt seen this type of scene in a movie before. A beloved family member has been kidnapped and the only way to get them back is by locating their captor’s location. A nervous protagonist will diligently wait for the phone to ring so that the police can quietly trace the call in the background. While phone tracing is a real-world invention, it is a bit more complicated than Hollywood likes to pretend.

For starters, you cannot trace the call of someone that has dialled you. Instead, you must be the one to make the call for the trace to work. You can throw out that thirty-second rule too. A lot of films will portray the idea that the caller must keep talking so they can accurately trace the call; however, they would have to talk for much longer for this to work. Sadly, there hasn’t been an accurate display of phone tracing in media at all, probably because the reality wouldn’t be very interesting to watch.

You would think that the notion of computer hacking would disappear from popular media as more people are familiar with this once alien concept. However, Hollywood seems to have doubled down on the plot device instead.

This practice is often depicted by someone frantically tapping at the keyboard while the screen quickly flickers. You may also know of several films where the loser boyfriend from the start of the film suddenly jumps into action as a hacker in the third act because they’ve played a few video games. Unfortunately, both these assumptions about computer hacking are wrong.

It takes years of training to learn how to hack computers, especially on a military level. What’s more, it is a much more precise set of movements. Frantically tapping at the keyboard will achieve very little when faced with an experienced hacker, so this is an activity best left to the professionals.

An effective way to move the plot along in a comedy story is to give the hapless protagonist more money than they know what to do with. Therefore, writers will often put in a quick scene where they win the lottery or walk up to a vacant slot machine and pull the handle. While the odds of anyone winning the lottery are extremely slim, you will also struggle to operate a slot machine this way.

Slots games require more input than simply spinning the reels. The player must first set a stake, choose how many pay lines they wish to activate, and there are also bonus rounds to consider. Things have changed further since the introduction of online slots, and you can learn more via Jackpot. One thing remains clear, though. It is highly unlikely that you will win the jackpot at a slot game simply by pulling the handle.

Have you ever found yourself watching a movie and asked yourself, what video game are they playing? It looks really exciting. If you cannot see the screen in the movie, then chances are the characters will be flailing their controllers around madly as they fixate on the screen. However, anyone that owns a home console understands that this is not how you play video games. Most gamers sit perfectly still while the action takes place on the screen. Again, this isn’t very exciting to watch but it is closer to reality.

Then you have the movies that dare to portray the game to the audience. These are always incredibly action-packed titles that push the limits of current gaming technology. However, they are only able to do this because the game in question does not exist. Movie studios do not want to become tangled in a rights battle with game developers, therefore, they will choose to mock up a five-minute demo of a game and put that on a screen instead. If you have ever searched for a cool-looking game you have seen in a movie, sadly your attempts were most certainly in vain.

There are several issues that military professionals have with the use of guns in movies. For starters, movie directors have never heard of recoil. Although, there is another gun phenomenon in movies that always dismisses logic.

It may look like a cool shot, but every time a character turns their pistol to the side in a shootout, they seal their own fate. Guns are complex machines and turning your weapon to the side like this will cause the chamber to jam. Therefore, it is impossible to shoot a gun this way, no matter how good it looks on the big screen.

Movie makers have had the difficult job of reliably incorporating smartphones into their films, and they have done a great job for the most part. It must be difficult writing a script and then realising that your main character’s issue can be quickly solved by using a new app. However, you shouldn’t let Hollywood off the hook just yet as there is one phone grievance that many film fans are currently unaware of.

While studios have gone a long way to recreate smartphone technology in movies, one company has made sure that these devices will never be true to life. Apple is the biggest smartphone developer in the world, so it makes sense that they would want their products represented in a positive light in modern media. As such, the company has entered an agreement with studios so that a movie villain can never be seen using one of their smartphones.

This agreement doesn’t just spoil the movie for the audience. For example, the guy you thought was behind everything is immediately acquitted the second his iPhone rings. It also isn’t very true to life. All kinds of people buy and use iPhones, not just the purest of hearts. While this decision makes sense from a business perspective, it can take you out of the movie for just a second. Also, if you weren’t aware of this clause then we are sorry for spoiling any upcoming movies.

As you can probably tell, there is often a good reason behind many of these inaccurate decisions. Most audiences would rather the plot move forward nicely instead of seeing technology used correctly. Still, you can’t help but get a little irritated whenever these things happen in your favourite media.