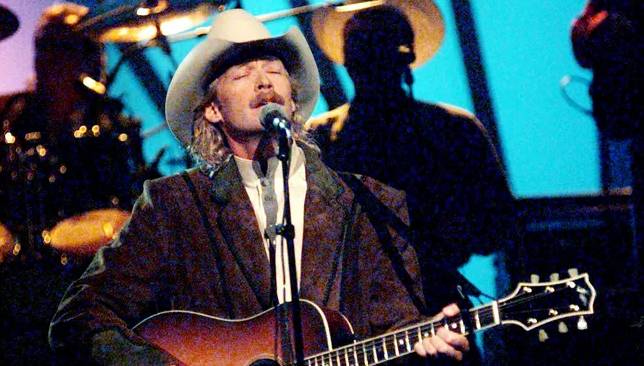 Country Music Hall of Famer Alan Jackson revealed Tuesday that he has been diagnosed with Charcot-Marie-Tooth disease — a group of disorders that cause nerve damage — which has affected his ability to move and keep balance on stage.

In an interview with the “TODAY” show’s Jenna Bush Hager, Jackson, 62, said he inherited the disease from his father, and it has affected several members of his family. He was diagnosed 10 years ago.

“It’s been affecting me for years, and it’s getting more and more obvious,” Jackson said. “And I know I’m stumbling around on stage and now I’m having a little trouble balancing even in front of the microphone, and so I just feel very uncomfortable, and I just want people to know that’s why I look like I do.”

He said he doesn’t want fans to feel sorry for him, adding that the disease is “not fatal, (but) it’s gonna disable me, eventually.”

This past spring, Jackson released his first new studio album in six years, “Where Have You Gone.” He currently has one tour date on the books — at Nashville’s Bridgestone Arena on October 8, which was rescheduled from 2020.

He has no plans to retire from live performance.

“I’ve always thought that I never wanted to do a retirement tour like people do, and then take a year off, and come back,” he said. “I think it’s kind of cheesy, but I’ve always admired some of my heroes…they never retire, and they just play as much as they can and want to, and I would like to do that if my health will let me do that.”