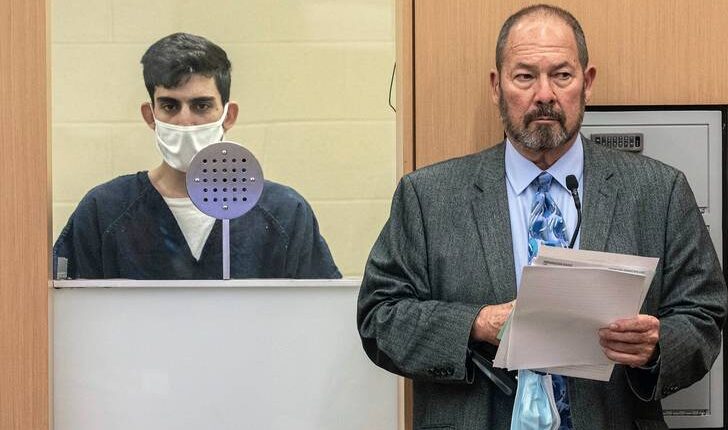 A TikTok celebrity accused of murdering shooting his estranged wife and her male friend in a San Diego high-rise had allegedly hacked into his 5-year-old daughter’s iPad hours before to catch them together.

The Union-Tribune writes that Ali Abulaban, 29, pled not guilty to two counts of murder in San Diego Superior Court on Monday. His wife, Ana Abulaban, 28, and her friend Rayburn Cadenas Barron, 29, were killed on Oct. 21.

On TikTok, Abulaban, who goes by the handle JinnKid, has nearly a million followers and broadcasts comedic sketches and celebrity impersonations, like Tony Montana from “Scarface.”

Abulaban’s wife had requested him to leave their 35th-floor flat on Oct. 18 after a series of alleged domestic violence events, according to prosecutors.

After checking into a hotel, Abulaban allegedly returned three days later, while his wife was away, to destroy the apartment and install the listening app on his daughter’s iPad.

He was listening to the app later that day when he heard his wife conversing and laughing with Barron, according to prosecutors.

Abulaban returned to the residence and allegedly shot Barron three times before fatally murdering his wife.

Prosecutors said surveillance cameras caught him sprinting out of the elevator and toward the apartment moments before the shooting.

After then, Abulaban is said to have gone to pick up his daughter from school before calling the cops.

With the youngster in the car, he was apprehended 45 minutes later.

Abulaban is being imprisoned without bail and has been issued a protective order prohibiting him from seeing his daughter.