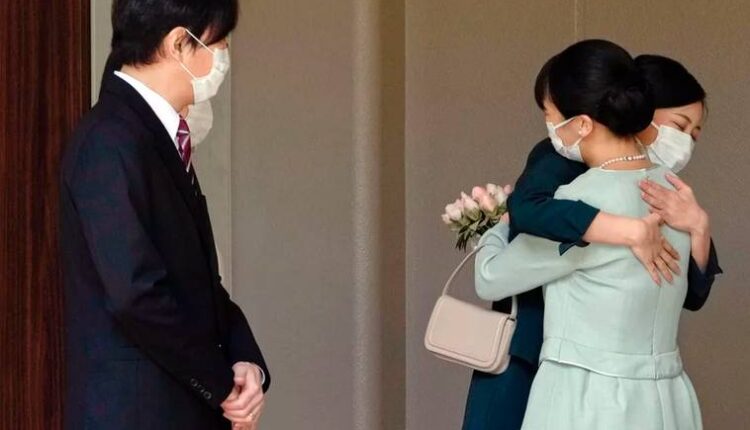 After marrying a nonroyal, Princess Mako of Japan will migrate to New York

Princess Mako of Japan married a commoner and left the country’s royal family, raising questions about how modern-day Japanese royals should act, as well as gender equality and human rights under the world’s oldest continuous monarchy.

The dispute caused a three-year delay in the wedding. It drove the couple to forego a formal wedding ceremony and instead register their marriage at a local government office on Tuesday.

The princess also denied the standard payout of approximately $1.3 million to women who are compelled by law to leave Japan’s royal family after marrying a commoner, citing fears that a contentious marriage may benefit from government funds.

Princess Mako adopted her husband’s surname, Kei Komuro, and became Mako Komuro. Both are in their thirties. The former princess is the oldest of Crown Prince Fumihito’s two daughters and Emperor Naruhito’s niece.

At September, Kei Komuro returned from New York, where he worked in a legal firm, passed the state bar test, and graduated from Fordham University Law School with a law degree. The couple intends to move to New York.

Following the registration of their marriage, the couple gave prepared statements before handing out written responses to five questions provided in advance by the media.

According to the Imperial Household Agency, the format was decided at the last minute, in part owing to Mako’s surprise at finding that “several of the questions featured incorrect material being presented as reality,” as reported by the Kyodo News Agency.

“I felt afraid, pained, and sorry that wrong information was regarded as fact, and that these unsubstantiated rumors propagated,” Mako stated, thanking supporters and slamming opponents.

She didn’t say what the tales were about, but the scandal revolves on a $35,000 financial disagreement between groom Kei Komuro’s mother and her previous fiancé.

Takeshi Hara, an expert on Japan’s imperial system at the Open University of Japan, said the news conference “created the sense that the pair solely insisted on their own authenticity and didn’t address issues that were uncomfortable for them.”

For Japan’s royals, romance is a relatively new factor.

According to a recent poll conducted by the Mainichi Shimbun newspaper, 38% of respondents approve the marriage and 35% reject it.

“Those in the 35 percent should do well to study their constitution, which very clearly grants every Japanese with the freedom to pick their spouse,” says Ken Ruoff, a Portland State University historian and author of Japan’s Imperial House in the Postwar Era, 1945-2019.

But, as Takeshi Hara points out, the desire of men and women to marry did not fully enter the picture until the late 19th and early 20th centuries, when royal weddings were planned without concern for such issues.

The first postwar emperor, Akihito, and his wife, Empress Michiko, built up a new position for themselves, focusing on demonstrating care for the common people’s well-being and woes, which Hara claims they achieved in two ways.

“One was to pray for the people’s peace and happiness,” he explains. “The other was to go to people’s homes, stand next to them, and chat to them.”

Mako’s decision to prioritize her private life over her public one, he says, appears to have irritated some residents.

He claims that Akihito and Michiko “set something like to a standard for how royal family members should act,” which “placed a severe weight on the following generation.”

There are only three heirs to the throne

With Mako’s death, Japan’s royal family has shrunk to 17 members, down from 67 in 1945, and there are only three successors to the throne. Despite having eight female monarchs throughout its history, Japan is one of the few kingdoms where women are not allowed to inherit the throne. Emperors of Japan are descended from Amaterasu, the Shinto Goddess of the Sun.

Conservatives, including members of the ruling Liberal Democratic Party, have rejected proposals to amend the legislation and enable women to attain the throne.

The emperor’s function is symbolic, but it important, according to Portland State University’s Ken Ruoff. “I believe it tells a lot about the stubbornness of patriarchy in Japan that the national symbol is still confined to males,” argues the author.

Mako’s departure from the royal family has drawn similarities to Britain’s Prince Harry and Meghan Markle’s “Megxit.” One similarity, according to Ruoff, is that many royals who aren’t in line for the throne may increasingly view royalty as an unappealing arrangement.

“Considering how little return they receive for it,” he continues, “it just doesn’t seem worth it to some of the lesser royals to put up with the stringent constraints on their life.”