Ann Coulter sides with Biden on Afghanistan over withdrawal, calling Trump a ‘wuss’ who broke his promise 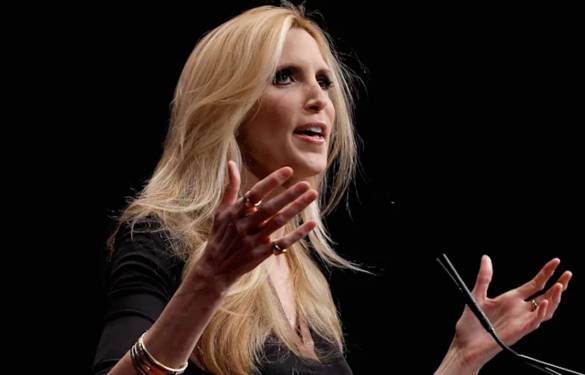 Coulter on Tuesday shared a New York Times tweet that quoted Biden as saying he would not continue a “forever war.”

Coulter wrote: “Thank you, President Biden, for keeping a promise Trump made, but then abandoned when he got to office.”

She said in another tweet that “Trump REPEATEDLY demanded that we bring our soldiers home, but only President Biden had the balls to do it.”

She also shared some old tweets of Trump’s during his presidency in which he said the US should bring its troops home. “Here are a few of Trump’s wuss, B.S. – I mean ‘masterful’ – tweets,” she said.

Trump repeatedly said in his 2016 campaign that US troops should leave Afghanistan.

Trump made a conditional peace deal with the Taliban in February 2020 that committed the US to reducing troops in Afghanistan if the Taliban did not provide support to terrorist groups.

Republicans and Democrats have criticized Biden over the withdrawal. There was chaos and death at Kabul’s airport as people scrambled to leave Afghanistan, and some US citizens and Afghan allies were left behind.

Biden said on Tuesday that he’d inherited the situation from Trump.

“My predecessor, the former president, signed an agreement with the Taliban to remove US troops by May the 1st, just months after I was inaugurated,” he said.

“It included no requirement that the Taliban work out a cooperative governing arrangement with the Afghan government. But it did authorize the release of 5,000 prisoners last year, including some of the Taliban’s top war commanders, among those who just took control of Afghanistan. And by the time I came to office, the Taliban was in its strongest military position since 2001.”