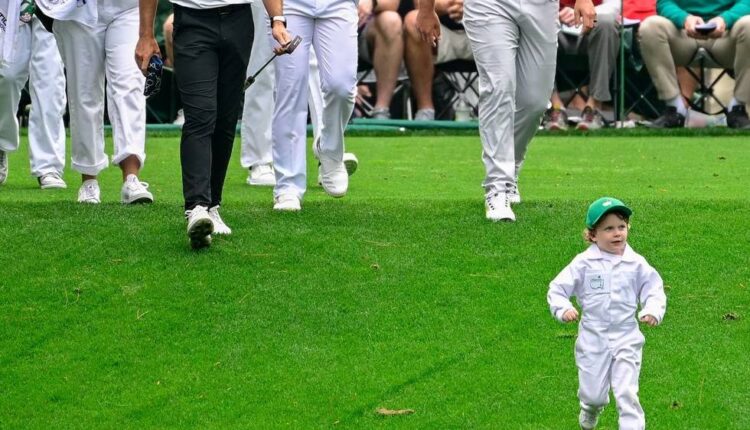 The world’s top golfers have rushed to Augusta National for the Masters, so you’d think all eyes would be on them. On the other hand, during the Par 3 competition on Wednesday, a four-year-old kid stole the show.

Franklin Fleetwood, Tommy Fleetwood’s son, rushed down the course after his father’s ball. wearing a full caddy uniform. On Wednesday, despite the fact that it wasn’t the first time he’d done it, the fans gave him a warm welcome on one particular hole.

When he got close to the green, he ran out of steam, but he waited calmly until his father approached him.

Prior to the year’s first major, the Par 3 competition allows golfers to spend quality time with their families in a more relaxed setting. Three years ago, it was Jack Nicklaus’ grandson who drew Augusta’s attention when he made an ace on the 18th hole.

This year, Franklin Fleetwood, who is four years old, was relegated to the role of caddie. Perhaps he’ll soon follow his father to the tee box.