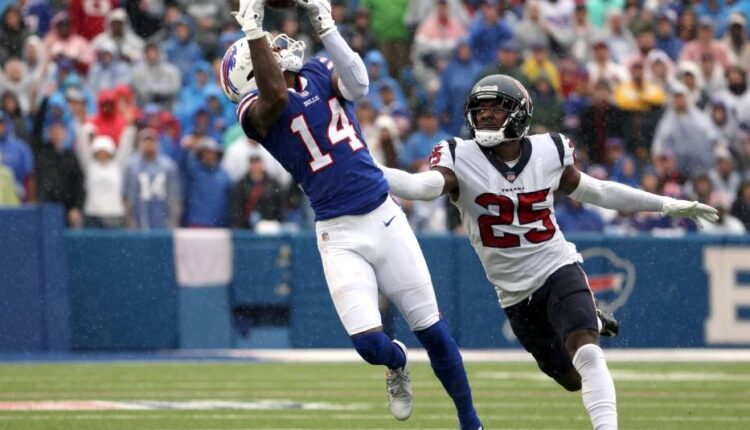 The Buffalo Bills and wide receiver Stefon Diggs have come to terms on a four-year, $96 million contract deal, according to NFL Network Insider Ian Rapoport on Wednesday morning. According to Rapoport, Diggs’ new contract includes a $21.5 million signing bonus and $70 million in total guarantees.

The agreement keeps Diggs, who is 28 years old, in Buffalo for the next six seasons.

It’s a good paycheck for one of the NFL’s best receivers and Josh Allen’s favorite target.

In each of the last four seasons, Diggs has accumulated at least 1,000 yards. Diggs led the NFL in receiving in 2020 after joining Buffalo two years earlier, with 127 receptions for 1,535 yards on his route to first-team All-Pro accolades and a Pro Bowl berth. He caught 103 passes for 1,225 yards in 2021.

Diggs is a gifted receiver who excels at all three levels and torments cornerbacks in both zone and man coverage. He makes everything work in the Bills’ pass attack by demanding coverage shade his way, allowing players like budding stud Gabriel Davis to shine.

Brandon Beane, the Bills’ general manager, sees his Super Bowl window as being now, and he’s making the financial move to go for it while Allen and the rest of his key players are still in their prime.

Davante Adams and Tyreek Hill just signed multi-year contracts with the Las Vegas Raiders and Miami Dolphins, respectively. Diggs’ contract places him among the highest-paid wide receivers in the league, a position that is flush with cash this summer.

This offseason, it’s evident that teams are putting a premium on big-play receivers, who are crucial to successful passing offenses.

Diggs’ contract makes him one of nine wide receivers with a yearly salary of $20 million or more, and one of eight with a guaranteed salary of at least $50 million. Six edge rushers make more than $20 million per year, while seven have a guaranteed salary of more than $50 million. Receivers are making a push at the top of the edge rusher market, which is still the second most paid position after quarterback.

Cooper Kupp, A.J. Brown, Deebo Samuel, and DK Metcalf are the next wideouts in line for big paydays now that the Diggs contract is done. Expect the foursome to keep up their winning streak of wideouts.

Why NFL Matches Are Fun Favorite