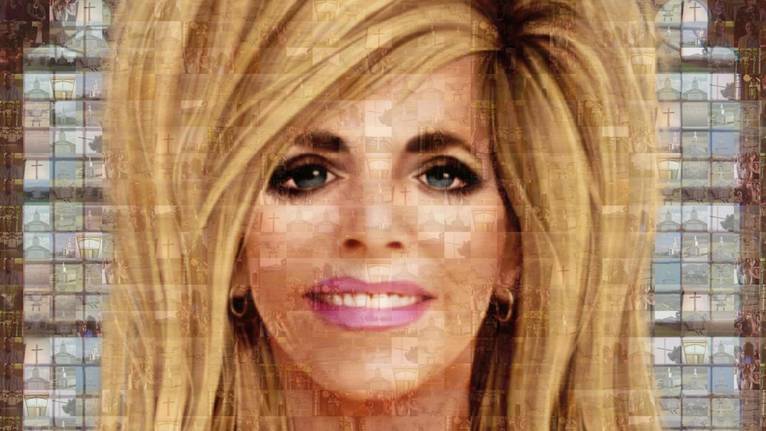 That series, “The Way Down: God, Greed and the Cult of Gwen Shamblin,” was produced by award-winning filmmakers Marina Zenovich and Nile Cappello.

It explores how Shamblin’s Christian-based diet plan, the Weigh Down Workshop, evolved into its own religion.

“Despite a carefully curated image,” Shamblin and Remnant Fellowship, “soon fielded accusations of emotional, psychological, and physical abuse, and exploitation for their alleged cult-like practices,” says the promotional description for the film series.

REVIEW: As the journalist who has probably done more reporting on Gwen Shamblin Lara and Remnant Fellowship than any other, trust me: #TheWayDown is PHENOMENAL! I want to be filmmaker Marina Zenovich when I grow up! Begins streaming Sept. 30th on @HBOMax. pic.twitter.com/P8BIV3a2F2 — Phil Williams (@NC5PhilWilliams) September 27, 2021

In May 2021, Shamblin’s plane crashed into Nashville’s Percy Priest Lake, killing her, along with her husband, former Tarzan actor Joe Lara, and five church leaders.

It’s a story that’s quite familiar to longtime NewsChannel 5 viewers.

In 1997, anchor/reporter Amy Marsalis first introduced Shamblin’s Weigh Down Workshop “where counting calories and fat grams are not part of the daily ritual.”

A year later, three former Weigh Down Workshop employees sued Shamblin, alleging that they were fired from their jobs for resisting her efforts to force her religion on them.

That lawsuit, which was ultimately settled, resulted in Shamblin giving hours of sworn testimony during a videotaped deposition.

In July 2001, relying partially on Shamblin’s deposition, NewsChannel 5 Investigates questioned Shamblin’s claims about money from the Weigh Down Workshop: “half of it goes to the government, the other half goes to keep it going so someone else can be helped.”

Then, in 2004, the Remnant Fellowship story took a tragic turn.

Church members, Joseph and Sonya Smith of Atlanta, were arrested for the child-abuse death of their 8-year-old son, Josef.

Following up on Josef’s death, NewsChannel 5 Investigates uncovered the church’s controversial practices for disciplining their children, including an internal recording in which Shamblin had praised the Smiths for how they treated Josef.

That “Firm Beliefs” investigation also revealed other controversial practices, including demands that followers not take psychiatric medications to deal with mental illness.

In a follow-up to that 2004 report, NewsChannel 5 Investigates also revealed how Remnant Fellowship followers considered Shamblin to be a “prophet.”

The Remnant leader admitted during an interview with NewsChannel 5 that she would be willing to lie to protect her church.

Then, in May 2021, there was yet another tragic development.

Air traffic control recordings, obtained by NewsChannel 5 Investigates, did not reveal any sign that Lara knew that his aircraft was in trouble.

As part of the coverage of the crash, NewsChannel 5 Investigates reviewed the years of controversy that had surrounded Shamblin and Remnant Fellowship.

The filmmakers say they are continuing to work on additional episodes, partly focusing on the plane crash, which occurred as they were finishing production on the first phase of the project.