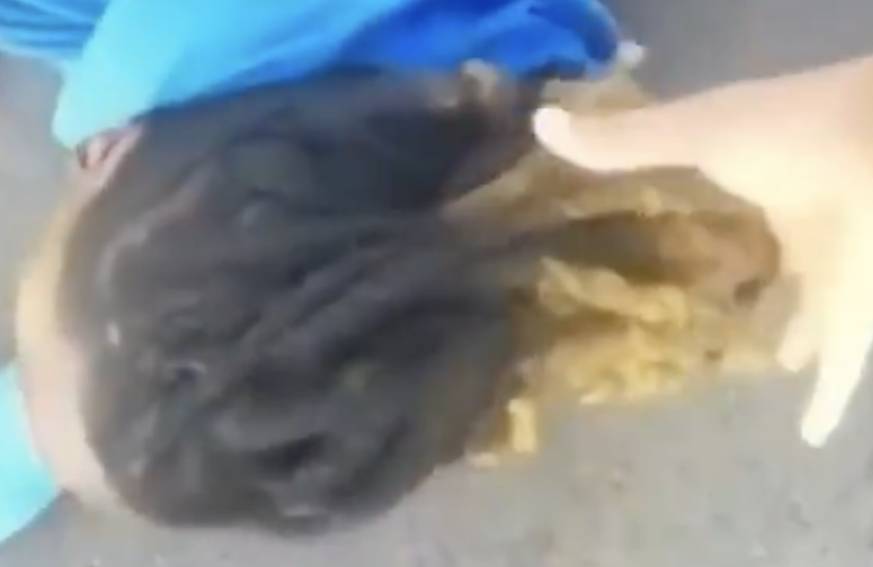 Police officers appear to be pulling a paralyzed guy out of his car by his hair in horrifying body camera footage.

Clifford Owensby, a paraplegic Black man, was stopped by police on West Grand Avenue in Dayton, Ohio on September 30.

A Dayton police officer can be heard asking Mr Owensby to step out of his car in bodycam footage acquired by WHIO News. Mr Owensby responds that he is unable to due to his handicap.

“I cannot step out. I’m a paraplegic,” he says.

A dispute develops, and Mr Owensby requests that the police summon his “white shirt,” referring to his supervisor.

Mr. Owensby requests that the police contact his superior once more. At that moment, the cop – maybe assisted by a second policeman – seems to take Mr. Owensby out of the truck by his arm, then by his hair.

“Somebody help!” he shouts. “I’m a paraplegic!”

The police then handcuff Mr Owensby as he lies on the pavement, screaming.

The event has prompted anger on social media. The cops’ conduct was deemed “awful” by Ben Crump, a lawyer who regularly defends black clients in police brutality lawsuits.

Mr. Crump wrote, “Dayton PD pulled over Clifford Owensby and aggressively PULLED him out of the van after discovering he was a paraplegic who couldn’t use his legs.” “Police SHOULD treat civilians with dignity. Instead, cops seemed unconcerned about this man’s well-being.”

According to the Dayton Police Department, the incident is being investigated.

“The inquiry will involve a review of any procedures and training when confronted with these scenarios,” the Dayton Daily News said. “We urge the public to kindly be patient as we gather all of the information so that we can make educated decisions and continue to enhance services.”

Interim Chief Matt Carper said on Twitter that the department was striving to enhance police training.

“We recognise that we would all like to see interactions between citizens and police officers handled professionally, cooperatively, and safely,” Mr Carper said. “We need to do better, and this can be done by further developing the mutual respect and accountability necessary to make our City safer.”

Mr Owensby himself has also spoken out about what happened.

“I just feel like they were wrong for doing what they were doing, and I couldn’t believe what was happening to me,” he told WHIO.

He also claims to be in pain as a result of the incident, which he claims worsened an earlier back problem.