Should the Seahawks anticipate Russell Wilson to miss any time due to a Mallet finger injury? 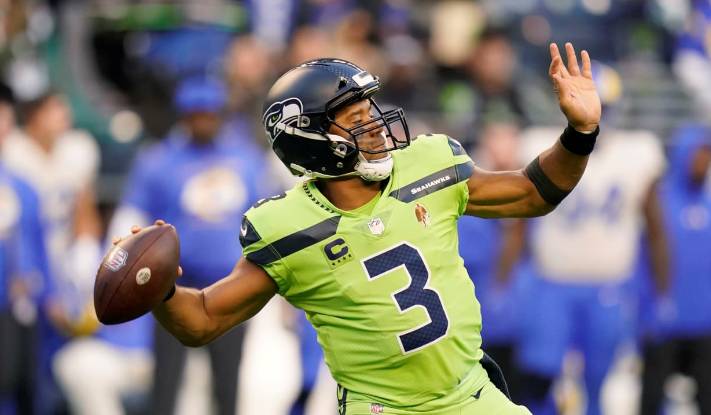 The Seattle Seahawks are in peril after dropping to the Los Angeles Rams on Thursday night and sliding to 2-3, putting them at the basement of the tough NFC West.

Even more worrying is quarterback Russell Wilson’s injury, which forced him to leave the game in the third quarter after hurting his throwing hand’s middle finger. Wilson was pressured by Rams standout Aaron Donald, and their hands collided as he released the ball on a deep throw play. He stood up and raised his right middle finger.

Wilson was checked on the sideline by the Seahawks’ medical team, who placed an extensor splint on his middle finger. This is a traditional splint used to treat a Mallet finger injury. It is caused by injury to the finger’s extensor tendon. This finger tendon connects immediately below the nail bed and helps to stretch and straighten the finger.

What effect does this injury have on a quarterback?

This sort of injury has an impact on a QB’s capacity to retain and throw the ball. Wilson could be spotted on the sidelines clutching a tennis ball to test his grasp.

The ability to grasp the ball will be the apparent key to his ultimate comeback in the coming weeks, as the club assesses how effectively he can open his hand, receive the ball from the center, perform handoffs, and properly pass the ball. If Wilson is unable to straighten his middle finger, football transitions — snaps from center to QB, handoffs to the RB, and so on — may suffer. He’ll need to be able to open his hand while keeping his longest finger, the middle finger, out of the path.

Furthermore, his grip may be an issue when he slides his hand up and down the ball and its stitching to get to where he wants to hold it as a QB.

What exactly is a Mallet finger injury, and how is it treated?

As per NFL insider Ian Rapoport, an X-ray of Wilson’s finger came back negative.

Wilson will then have an MRI to examine ligament damage and rule out any fractures.

This is critical since there are two forms of Mallet damage. The first is a soft-tissue mallet, which is used to tear the tendon from the end of the middle finger just below the nail bed. The second type of injury is a bony mallet or a fracture of the middle finger joint nearest to the fingernail.

Extensor splinting, commonly known as a “stack splint,” can be used to address both conditions full-time for six to eight weeks. However, if there is a minor fracture or large bone damaged component, or if the joint stays out of position, surgery is frequently suggested to stabilize the extensor mechanism, which is necessary to allow him to straighten his finger. The stack splint, which Wilson would wear full-time, can provide stability. To support the joint, a stainless steel or titanium pin would be inserted during surgery. In certain cases, a mix of therapies is required.

When will Wilson be able to come back?

Wilson’s comeback is still uncertain, according to Seahawks coach Pete Carroll, who acknowledged as much on Thursday.

A great deal of work needs to be done in order to analyze everything, he added. When it comes to healing, Russell is among the best. He’ll do whatever to help you recover as quickly as possible.”

Wilson is expected to be out at least a month, according to one estimate.

However, we’ll hold off making any decisions until we get more details. With Wilson’s game start streak on the line, it’s possible that his medical staff may come up with a novel technique to splint his middle finger and have him ready to play.

To determine the full degree of Wilson’s damage, we’ll have to wait for more imaging results. Only then will we know whether or not Wilson can continue to play.