Can Liverpool’s recent form catapult them back into the title race? 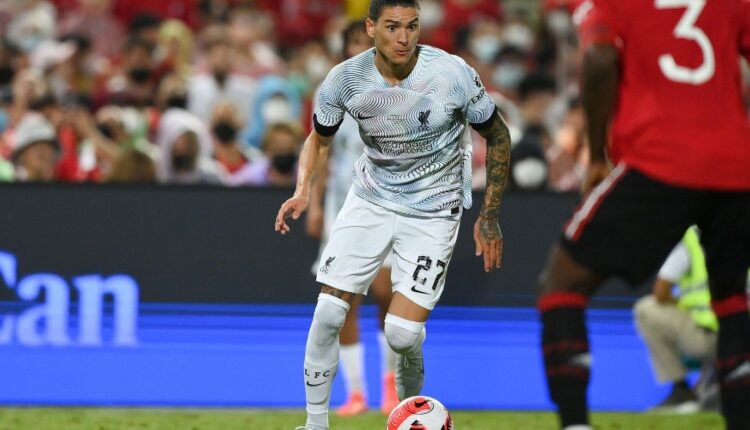 With consecutive wins over title favourites Manchester City and an in-form West Ham United side, it appears as though Liverpool are finally beginning to hit their stride after a less than stellar start to the 2022-23 Premier League season. Coming off the back of a campaign where they came agonisingly close to securing an historic quadruple, the Reds entered this season as the second favourite in the Premier League winner betting odds.

However, with the loss of Ballon d’Or runner-up Sadio Mane to Bundesliga heavyweight Bayern Munich, Jurgen Klopp’s men struggled to find their cohesion in the midfield and up front in their opening eight weeks of fixtures.

That was until their game against Manchester City, where they displayed the vision and counter-attacking ability that has brought them so much success in recent seasons, resulting in a much-needed and hard-fought 1-0 victory. Their win over the Pep Guardiola‘s side will particularly please Reds fans given it was a breakout game for Mohamed Salah, who has been relatively poor this season when compared to his previous campaigns at Anfield.

The Egyptian maestro had two attempts on goal, with the first being beautifully saved by an outstretched Ederson hand to keep the score deadlocked at 0-0. However, Salah made sure he capitalised on his next opportunity, finishing off a long-range pass from his goalkeeper with a beautifully placed shot to the bottom corner which proved the difference.

While securing a victory over City is no mean feat, it was imperative Liverpool didn’t rest on their laurels, as they came out firing once again in a game they were expected to win against West Ham at home. To do so, Liverpool needed their pre-season acquisition Darwin Núñezto find form.

His play prior to their game against the Irons hadn’t quite gone to plan, with the striker finding it difficult to adjust to the faster pace and rapid decision-making required to succeed as a forward in the Premier League.

However, he delivered and then some in a 1-0 win over the Hammers. In what was an incident-packed affair, Nunez kicked off proceedings with an impressive left-footed attempt on goal from outside the box. Although it was a solid save from West Ham’s keeper Łukasz Fabiański , it was a positive sign to see Núñez threatening the opposition’s goal.

The Uruguayan followed up that attempt on goal with an exceptionally placed header from a Kostas Tsimikas cross to give Liverpool the lead. Not long thereafter, Nunez had another shot on goal that was saved, before hitting the post with a piercing left-footed try from just outside the box just minutes later.

Despite the Reds’ dominance, it looked as though it could go in vain, with West Ham awarded a penalty due to a poor and dangerous challenge from defender Joe Gomez. It was Liverpool’s night however, with Alisson pulling off a great save which ultimately helped his side secure the win.

That begs the question, with the Reds having found some much-needed form, have they managed to catapult themselves back into the title race? Only time will tell, however if they can finish their fixtures strong before the Qatar World Cup break, don’t be surprised if they fight their way back into top four contention over the next couple of weeks. With the exception of a tough contest away from home against Tottenham Hotspur, their games before the international break are very winnable, with Nottingham Forest, Leeds United and Southampton a comparatively soft run home.