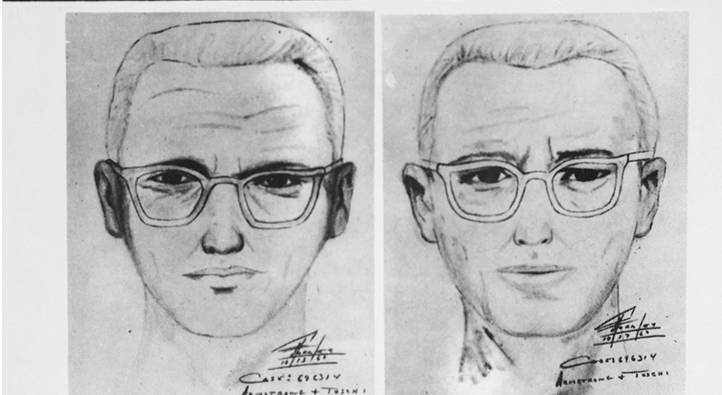 The Case Breakers, a team of more than 40 former law enforcement investigators, journalists and military intelligence officers, has tackled other mysteries such as the D.B. Cooper hijacking heist, the disappearance of former labor union boss Jimmy Hoffa and other unsolved cases. The group believes the killer is responsible for a slaying hundreds of miles away that was never linked to him.

The Zodiac Killer has been connected to five murders that occurred in 1968 and 1969 in the San Francisco area. Unlike most serial killers, the Zodiac taunted authorities with complex ciphers in letters sent to newspapers and law enforcement. The slayings have spawned books, movies and documentaries in the years since, and amateur and professional sleuths have pored over the case in an effort to unmask the killer.

In the decades since the first murder, many potential suspects have been investigated.

The Case Breakers is now saying it has identified the Zodiac Killer as Gary Francis Poste, who passed away in 2018. The team’s years of digging uncovered new forensic evidence and photos from Poste’s darkroom. One image features scars on the forehead of Poste that match scars on a sketch of the Zodiac, the team said.

Other clues include deciphering letters sent by the Zodiac that revealed him as the killer, said Jen Bucholtz, a former Army counterintelligence agent who works on cold cases. In one note, the letters of Poste’s full name were removed to reveal an alternate message, she told Fox News.

“So you’ve got to know Gary’s full name in order to decipher these anagrams,” Bucholtz said. “I just don’t think there’s any other way anybody would have figured it out.”

The team believes Poste also killed Cheri Jo Bates on Oct. 31, 1966, in Riverside, Calif., hundreds of miles south from the San Francisco area and two years before the first killing linked to the Zodiac occurred. Bates, 18, was found dead in an alleyway on the Riverside City College campus after her father phoned police to report her missing.

The following year, authorities received a handwritten letter that led investigators to believe the killing may be linked to the Zodiac Killer. In 2016, investigators received an anonymous typed letter from someone who admitted to writing the earlier note and said it was a “sick joke.”

“The author admitted that he was not the Zodiac killer or the killer of Cheri Jo Bates and that he was just looking for attention,” the police department said.

Investigators later confirmed the author was not involved in the Bates murder, and the Zodiac was never linked to the crime.

“The Cheri Jo Bates case remains an open investigation and we do not have any additional details to release at this time,” the police added.

The Case Breakers believe Bates was Zodiac’s sixth victim and have tried getting investigators to compare her DNA to that of Poste, to no avail, the team said. According to a 1975 FBI memo to Riverside police obtained by the team, the agency said Bates was a Zodiac victim.

“The real portion here has everything to do with ego and arrogance,” Case Breakers team member Bill Proctor, a former police officer who spent 40 years in television news, told Fox News of the Riverside Police Department. “They’re not talking about what they have which means that anybody else who comes to the table might have a reasonable argument that an outside organization’s information is as valuable, if not more valuable, than what the police department has already done.”

The team said a series of coincidences connect Bates and Poste: Poste was an Air Force veteran when he received medical check-ups for a gun incident at a hospital located 15 minutes away from the Bates murder scene. A wristwatch with paint splatter on it was collected at the murder scene and is thought to have been worn by the killer.

Poste painted homes for more than four decades, the team said. In addition, detectives found a heel print from a military-style boot, which matched the same style and size of those found in other Zodiac crime scenes and of Poste.

This year, the Riverside Police Department offered a $50,000 reward for information leading to a conviction in the decades-old murder case.

The Zodiac terrorized communities across Northern California in the late 1960s. The killer has been connected to five killings but claimed to have murdered 37 victims. The first of the confirmed Zodiac slayings occurred in December 1968 when a man and woman were shot dead in a car in Benicia, California. On July 4, 1969, another man and woman were shot in Vallejo. He survived.

Later that year, a couple was stabbed near a lake. The man survived despite sustaining multiple stab wounds.

A cab driver was fatally shot in San Francisco that year as well. No one has ever been charged or identified in connection with the slayings. Unlike most serial killers, the Zodiac taunted authorities with complex ciphers and letters.

In 2020, a team of code-breakers cracked a 340-character cipher that was sent to the San Francisco Chronicle by the Zodiac. At the time, the FBI said the Zodiac case remained ongoing.

“I hope you are having lots of fun in trying to catch me. … I am not afraid of the gas chamber because it will send me to paradise all the sooner because I now have enough slaves to work for me,” the decrypted message read.

Fox News has reached out to the Vallejo Police Department and the FBI and unsuccessfully tried reaching out to relatives of Poste. The San Francisco Police Department said it was unable to speak about potential suspects in the Zodiac case because it remains an ongoing investigation.

A California woman who lived next door to Poste and his wife told Fox News she believes he’s the Zodiac Killer after seeing the evidence collected so far. Gwen, who declined to give her last name, said Poste and his wife babysat her as a child in the 1970s and ’80s. He would teach her how to shoot firearms several times a week but was also controlling and abusive toward his wife, she said.

She declined to elaborate further. Poste also became somewhat of a father figure to his son’s friends, she said.

“He lived a double life,” she said. “As I’m adult thinking back, it all kind of makes sense now. At the time when I was a teenager, I didn’t put two and two together until I got older. It hit me full-blown that Gary’s the Zodiac.”

Hans Smits told Fox News he spent 10 years hiding a whistleblower who said he escaped a criminal “posse” headed by Poste. The man, who The Case Breakers only referred to as Wil, told Smits the posse roamed California’s High Sierra region and that he was “groomed into a killing machine.”

“They put out several bear caches out there in case something happened,” Smits said.

Smits said he gave Wil financial, logistical and emotional support over the years and moved him around for nearly 10 years in an effort to keep him safe.

“I’m the one that took him to the FBI office and put him on a train and sent him out of state,” Smits said.

Another woman named Michelle said she was common-law married to Poste’s son. She told Fox News she was a victim of harassment by Poste and his “posse” during the relationship that included damaging her car and other incidents.

Despite being dead for three years, some people are mysteriously still loyal to him, said Michelle, who also declined to provide her last name.

“He targeted young men who didn’t have a father figure,” she said. “It was a posse of three but the one [Poste] did a lot of damage. He still has some kind of control… and he’s gone.”