Cooper Kupp’s historic season comes up 18 yards short of breaking the receiving yards record, but he still manages to win the Triple Crown. 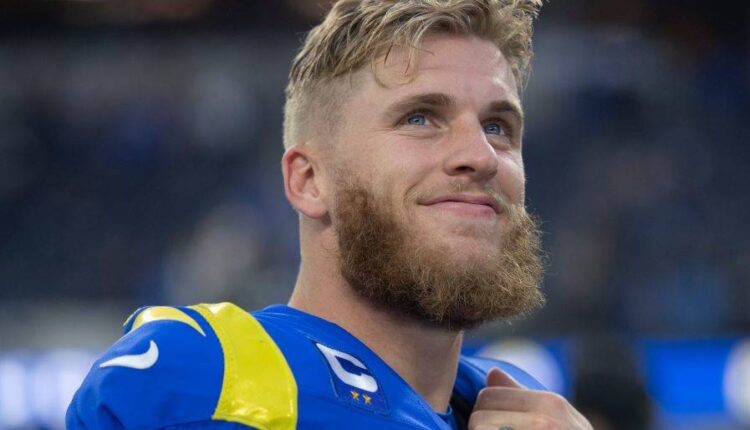 Cooper Kupp led all wide receivers in receptions, yards, and touchdowns during the 2021 regular season.

When it comes to elite wide receivers, Matthew Stafford is no stranger. Calvin Johnson’s time with him peaked in 2012, when the 27-year-old Johnson set a new all-time receiving yardage record with a ridiculous 1,964-yard season. His friendship with the now-Hall of Fame quarterback resulted in one of the best quarterback-wide out combinations of the decade.

Stafford still had a good receiving core in Detroit after Johnson. Marvin Jones Jr. had a breakout year in 2017, with over 1,100 receiving yards, and Kenny Golladay had a similar year two years later. Both players have now relocated to Jacksonville and New York, where they have secured lucrative contracts.

Stafford now has another elite wide receiver on his side in Los Angeles. Cooper Kupp’s potential was always on display, but Jared Goff’s inconsistency, paired with Kupp’s previous injuries, hampered his ability to exhibit his full potential. Those days are over, as Stafford and Kupp have emerged as the NFL’s best quarterback-wide receiver combination this season.

Kupp had 22 more receptions than second-place finisher Davante Adams, and his 1,947 receiving yards were 300 more than Justin Jefferson’s second-place result.

However, Kupp’s 2021 season fell 18 yards short of Johnson’s single-season receiving record, which was also achieved with Stafford at the helm. Regardless, it was one of the most remarkable wide receiver seasons in NFL history.

Kupp also set new career highs in receptions and yards for the Rams, as well as breaking his own. Kupp had 1,161 receiving yards in 2019, which was enough for 12th in the league. Despite this, Kupp’s true potential as an exceptional receiver was never realized due to Goff’s unreliability. Stafford has done exactly that.

Kupp will face the Arizona Cardinals’ secondary, which is led by Budda Baker and Byron Murphy, in the first round of the playoffs. In Week 4, the Rams played the Cardinals, who came away with a comfortable victory while holding Kupp to his worst performance of the season. Kupp caught five catches for 64 yards despite being targeted 13 times. It was Kupp’s lowest yardage and catch totals of the season.

Kupp bounced back against the Cardinals’ secondary in Week 14’s Monday night duel in Arizona, and it was one of his best games of the year. When the Rams appeared to be on the verge of being eliminated from the division race, he caught 13 of 15 receptions for 123 yards en route to a 30-23 victory. The Rams find themselves hosting their division rival in the Wild Card Round after an unblemished December and a faltering finish for the Cardinals.

Kupp’s remarkable season will be remembered for a long time. For the first year of a quarterback-wide receiver tandem, the bond he had with Stafford was unrivaled. The Rams can only hope that their historic season lasts well into the playoffs.