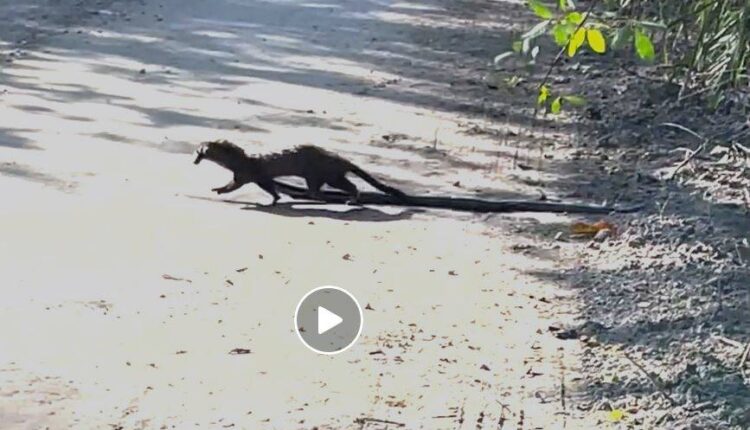 WATCH: In the Everglades, a mink pulls a snake across the road

In Fakahatchee Strand Preserve State Park, a pair of hikers captured the moment a mink crossed a road carrying a big snake in its mouth.

A mother and daughter were returning from a nature hike when they saw the uncommon mink cross the road, according to the Florida Fish and Wildlife Conservation Commission (FWC).

The mink crossed the road again a few seconds later, but this time it was carrying a big snake in its mouth.

Hikers captured the moment on videotape.

According to the FWC, mink can eat small mammals such as fish, birds, and snakes.

Minks are a state-endangered species, according to wildlife officials, and sightings are uncommon.

Anyone who sees a mink or weasel should report it to the FWC.

Cooper Kupp’s historic season comes up 18 yards short of breaking the receiving yards record, but he still manages to win the Triple Crown.

At the age of 78, real estate heir Robert Durst passes away in prison.

Bell Hooks, a well-known author and activist, died at the…