D2R vs. D2: The Most Significant Improvements Made to the Original Game 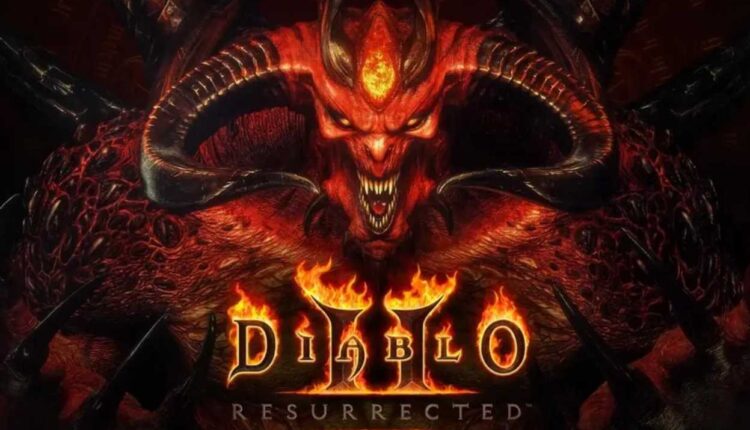 This long-awaited remaster of Diablo II is called Diablo II: Resurrected, and it comes with the downloadable content for Diablo II called Lord of Destruction pre-installed by default. Diablo II was first made available to the public in the year 2000, and it is widely regarded as the definitive dungeon crawler. The cult classic role-playing game Resurrected did not receive a remaster until September of 2021, which meant that fans had to wait more than 20 years for it to be released. Although Diablo 2: Resurrected is an excellent remaster that breathes new life into the franchise without diminishing the appeal of the original game, there are a few significant changes that players should be aware of before playing the game.

Diablo II picks up where the first game, Diablo, left off, but players don’t have to worry about feeling obligated to play the first game in the series before getting started on the second. In the world of Sanctuary, where Diablo II takes place, an unnamed warrior has recently vanquished the Lord of Terror and is attempting to absorb his spirit into his own body after winning the battle. Since that time, the nameless hero has fallen victim to corruption, which has resulted in demons wreaking havoc on the work. The narrative of Diablo 2: Resurrected is identical to that of the original game, and there have been no changes made to the overall plot. However, die-hard fans will undoubtedly recognize a significant change in several of the cutscenes.

Diablo 2: Resurrected is an authentic tribute to the game’s first iteration, and it exemplifies everything that a remaster ought to be. It updates the look of the game while keeping the classic appeal that made it popular in the first place. In April of 2021, Blizzard Entertainment announced the launch of a Single-Player Testing Alpha and invited a select group of game enthusiasts to provide feedback on the development of the game. It is beyond reasonable doubt that the success of the remaster can be directly attributed to the fact that the company ran numerous tests throughout the course of the year, each time incorporating the results of the previous round of criticism. When taking into account the age of Diablo 2, a significant number of fans have grown up alongside the Diablo franchise, and as a result, the games have a great deal of sentimental value for players. The Head-Up Display (HUD) has been modernized, and the color palette has been enhanced; in addition, the user interface accessibility options have been made more flexible.

The classic video game has been updated with Diablo 2: Resurrected, which makes everything more polished and adds entirely new cutscenes. With the press of a button, players of Resurrected are able to toggle between the game’s classic 2D graphics and its modernized versions, catering to the preferences of fans who prefer the classic style. Those who don’t want to bother with the compatibility issues of the original but still want those chunky visuals may find this to be useful.

Shared Stash and Expanded Storage Have Been Added to Diablo 2
The Diablo series is an action role-playing game (ARPG), and like other good ARPGs, a significant portion of the fun is collecting all of the amazing loot. In the first iteration of Diablo 2, players were required to go through a number of frustrating hoops in order to transfer diablo 2 resurrected items between their different characters. Not only will players finally have access to a single stash that can be shared across all of their different saved games, but Blizzard will also be including a significant storage expansion with the release of Diablo 2: Resurrected.

It was announced after one of the Alpha test runs that Diablo 2: Resurrected will include two additional 10×10 storage tabs. This means that players will have access to a total of 300 slots for all of their items. Automatic item pickup is one of the new advantages brought about by the remastering. This was not a standard feature of old school role-playing games (RPGs), due to the fact that storage space was frequently at a premium and the underlying mechanics required more effort to program. However, modern players anticipate the simplicity of this interaction, especially considering that Diablo III was the game that introduced the feature. By implementing this one simple mechanic, Resurrected has successfully brought Diablo 2 into the modern era.

Cross Progression is a feature that is planned to be included in Diablo 2.
Only the Windows and MacOS versions of the original Diablo 2 were made available. Following in the footsteps of Diablo III, which was the first game in the franchise to be made available on all platforms, Diablo 2: Resurrected will do the same thing. Not only will Diablo 2: Resurrected be available for purchase on consoles from the very beginning, but players will also have the ability to move their save data from one gaming system to another. As long as the user has a Battle. net account, they will be able to seamlessly access a saved game from any platform they own, and then access it on any other device of their choosing. This is the case regardless of whether or not the user has signed up for a Battle. net account. It is necessary to purchase multiple copies of the game in order to access this feature, but it is possible that doing so will be worthwhile for some players. Unfortunately, this feature is not yet available, but Blizzard has stated that it will be implemented at some point in the future; however, the company has not disclosed when this will take place.

The Infamous Cow Level in Diablo 2 can be Played Multiple Times
The Secret Cow Level is widely regarded as one of the most memorable aspects of the original Diablo II. The players won’t be able to access this area, which is officially known as the Moo Moo Farm, until they have gathered a certain combination of items that will allow them to open a portal to the next level. The creators of the second game in the Diablo franchise decided to include a special level that was originally a hoax surrounding the first game in the franchise but became so popular that they decided to include it in the sequel. After a player had vanquished the Cow King in the first Diablo 2, the Cow level would become unplayable and could only be accessed again by selecting a different level of challenge. Because of the changes made by Diablo 2: Resurrected, players will be able to complete the level and defeat the Cow King an unlimited number of times if they so choose. It would appear that the method of gaining access to the Cow Level is the same as it was in the first game, and it is expected that players will be required to finish the main game in order to activate the portal leading to the Secret Cow Level.

When compared side by side, the differences between Diablo 2 and Diablo 2: Resurrected are both significant and subtle at the same time. The extensive graphical update and the few tweaks to the user interface are going to undoubtedly make the game more user-friendly and enjoyable overall. Players get even more value for their money with the addition of the Lord of Destruction expansion to the base game, which is already available for the incredibly affordable price of $39.99 for the entirety of the game.