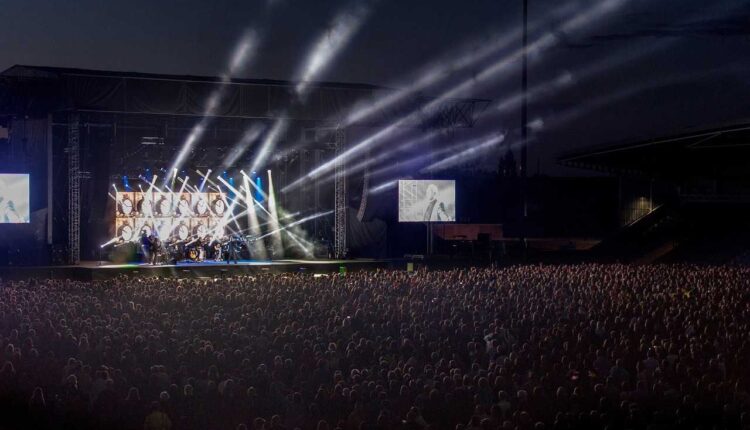 As 2022 was a great year for musicians, the same is expected from 2023. What does that mean? Many of our favorite music stars are returning to the big stage to give us more of them, get to know them, and love them even more.

The concerts in 2023 will be held in various locations, starting from various places in the United States, then across countries in Europe, then to Australia, Asia, South America, and so on. For the US, as we all know, Michigan and Ohio are states where we have quite a few great events for everyone’s taste. Any artist touring the US does not miss these venues. If you are interested in them, you can find your favorites at https://gotstubs.com/region/usa/oh/.

Here are a few of the tour favorites we can’t wait to see live:

The Eras Tour starts in March 2023 and will run until August 9. Taylor will be promoting the album Midnights, although we have to say that it hardly needs promotion anymore. However, the audience can’t wait to visit at least one concert by Taylor Swift because her popularity has been undisputed and unchanged over the years.

It’s up to you to hurry because it becomes impossible to buy concert tickets last minute when it comes to Taylor.

Lizzo – The Special 2our

Lizzo is a real sensation wherever she appears. In 2023, she will go on tour across the US and perform in at least 17 cities. The singer is known for her strong support for women, so all those who will be with her on stage are women.

If Lizzo is your favorite star, then we recommend you not wait to buy tickets. Although it may not be able to reach Taylor Swift, the interest in her concerts is high. And she never fails to sing the greatest hits and allow the maximum audience entertainment.

If you’re a country music fan, then Carrie Underwood is one of those artists you can’t miss. She will tour for about a month and a half and perform in Miami, Atlanta, Charlotte, Jacksonville, Washington, New York, Philadelphia, Pittsburgh, and Detroit.

And even if you’re not a country fan, Carrie Underwood is one of the music stars worth seeing at least once in your life.

Adele has scheduled dozens of concerts at Caesars Palace in Las Vegas, starting January 20 and running through mid-March. These concerts were postponed due to the situation with the coronavirus, as there was an intense wave of infections last year.

Interestingly, the average price of tickets for Adele’s concerts is up to 4000 dollars. The cheapest ones start at around $800, which, we must say, is quite expensive too. However, interest is high, and many fans manage to buy a ticket in time.

Of course, a mitigating circumstance in such situations is the existence of ticket services with which anyone can buy concert tickets with PayPal or any other payment method. And it seems that for Adele, it is worth doing that.

Is there anyone who doesn’t adore Ed Sheeran? From May to September, he will hold a number of concerts in various locations, from Arlington, Houston, Philadelphia, and Atlanta, to Toronto, Pittsburgh, Detroit, Minneapolis, and so on.

It seems that Ed Sheeran wants to conquer the North American continent. As expected, the tour ends in September in Inglewood, California. This place seems to be a favorite of many musicians, as they always return with at least one concert there.

As guests of Ed Sheeran, we will see Rosa Linn, Dylan, Khalid, and Russ.

This is an ideal chance for all classic rock fans to see two icons in the same place. This is Billy Joel’s tour, and Stevie Nicks will join us for a few shows throughout the tour.

If you love “Piano Man” and “Uptown Girl” but are also a fan of Fleetwood Mac’s music, then this tour is something you should not miss. It also seems that the tickets are quite affordable because their starting price is around 90 dollars.

At each concert, Billy Joel will sing about 20 songs, but he can add 3 to 5 others if needed. The demand for these tickets is growing, and with it, the price of the ticket can change. That’s why we recommend you buy while the price is still affordable, before the demand increases.

From January to July, the popular band will be on tour combining famous hits and new material. RHCP are a cult rock band from the 80s, 90s, and 2000s that never disappoints with their music and live performances.

They are real veterans on stage, but that doesn’t stop them from being equally energetic during performances.

As their companions, at different times, The Strokes, Iggy Pop, St. Vincent, and The Roots. Would you like to miss such a spectacle?

This tour is significant for Depeche Mode as it is the first of their career without Andy Fletcher, who recently passed away. In 2023, they will perform at multiple venues in Europe and the United States.

Depeche Mode fans are looking forward to hearing their favorite hits as well as the new material that Dave Gahan and Martin Gore have prepared for us in the past.

We have selected a significant number of tours and concerts for you, which we believe will be among your favorites in 2023. But the excitement doesn’t stop there. Many other stars will perform on the world music stage, including Maroon 5, Bruno Mars, SZA, Pink, Usher, etc.

These are all stars with a high ticket demand, so we recommend that you don’t wait until the last minute to buy tickets. This way, you will ensure that you will not miss any of your favorite concerts.

Follow carefully what is happening on the ticket services, because this is the only way you can get a ticket for your favorite concert. And of course, don’t just stick to your residence or neighborhood, because in the end, even traveling for concerts is a great experience for lovers of good music.