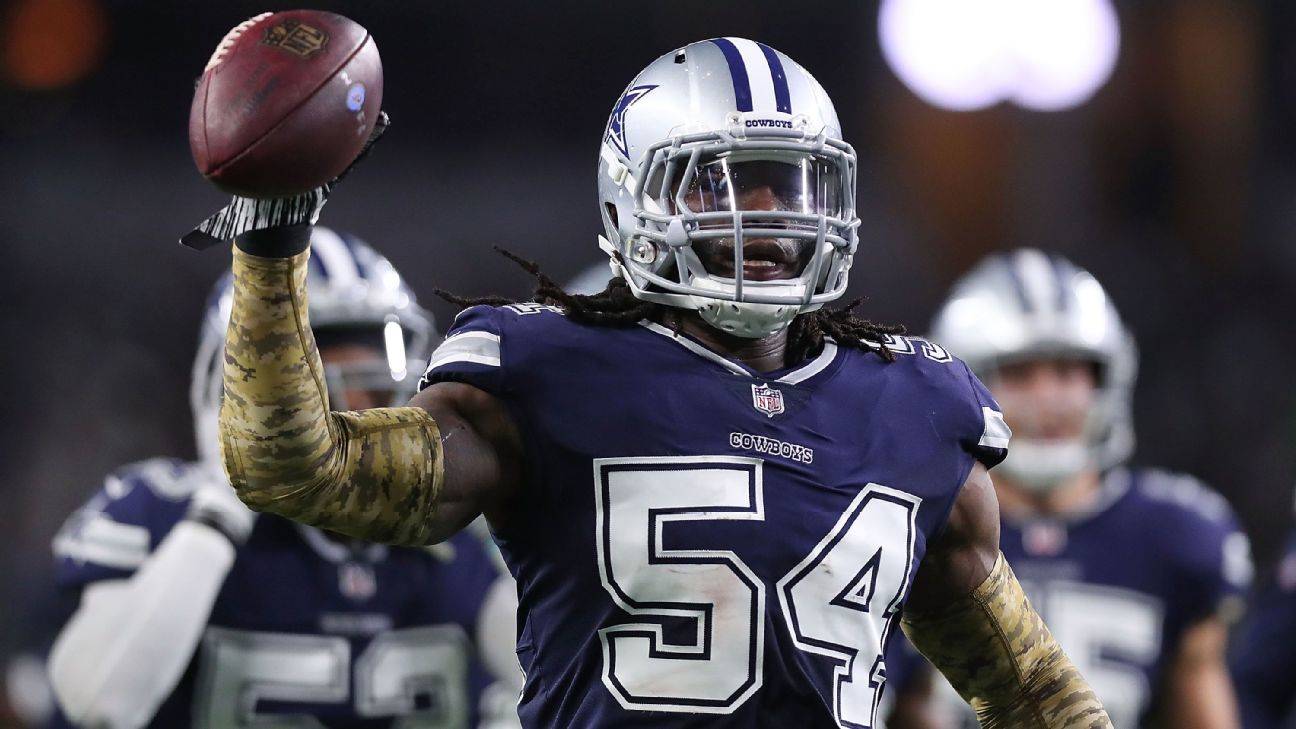 The Dallas Cowboys have released linebacker Jaylon Smith. – Cowboys coach Mike McCarthy said Wednesday that “multiple factors” went into the move and that “this was the best time to make this decision,” without getting into specifics why that was the case, and he called it a “big-picture roster move.”

“Really this wasn’t an easy decision,” McCarthy said. “He’s a good football player. He’s played excellent football here for a long time, but we have a [defensive] system, I think it’s clear now after four games how we’re playing.”

McCarthy met with Smith after owner and general manager Jerry Jones informed him of the club’s decision Tuesday.

Seth Small’s Wife and Family Were in Tears Following…

“Extremely professional, very positive,” McCarthy said of Smith’s reaction. “Obviously he had a great career here. Obviously has very strong ties to the organization and obviously the Dallas community. Obviously those conversations are personal, but I thought he handled it very well.”

The move comes as a surprise because Smith has not missed a game in his career and the Cowboys are on the hook for his full $7.2 million base salary. The team had some trade discussions earlier in the season, according to sources, but a deal never came to fruition. By releasing Smith now, the Cowboys are free from the $9.2 million base salary in 2022 that was currently guaranteed only for injury.

Smith signed a five-year, $64 million extension in 2019 that included $35.5 million in guaranteed money. Before this season’s opener against the Tampa Bay Buccaneers, Smith started every game he played from 2018 to 2020 and was named to the Pro Bowl after the 2019 season.

This season, Smith did not start any of the first four games. He was credited with 19 tackles and played in 148 of 264 snaps.

With first-round pick Micah Parsons making a huge impression early, the Cowboys were comfortable with the move, even with the financial ramifications. Leighton Vander Esch started Sunday’s win against the Carolina Panthers, and the Cowboys are expected to have Keanu Neal back from the reserve/COVID-19 list this week. They also have rookie Jabril Cox and Luke Gifford at linebacker on the active roster.

The Cowboys selected Smith in the second round of the 2016 draft despite a serious knee injury suffered in his final game at Notre Dame that scared off many teams. The Cowboys were confident Smith would return in part because one of their team physicians, Dr. Daniel Cooper, performed the surgery and quelled fears about permanent nerve issues.

Smith took to the field in 2017 and started six of 16 games and finished with 99 tackles, one sack, four tackles for loss, four quarterback pressures, two pass breakups and two forced fumbles. He moved into a full-time starting role in 2018, and he recorded at least 120 tackles in each of the past three seasons.

He had his best year in 2018, which included a 69-yard fumble return for a touchdown. He recorded 14 tackles in six different games, but his movement and coverage ability seemed to drop.