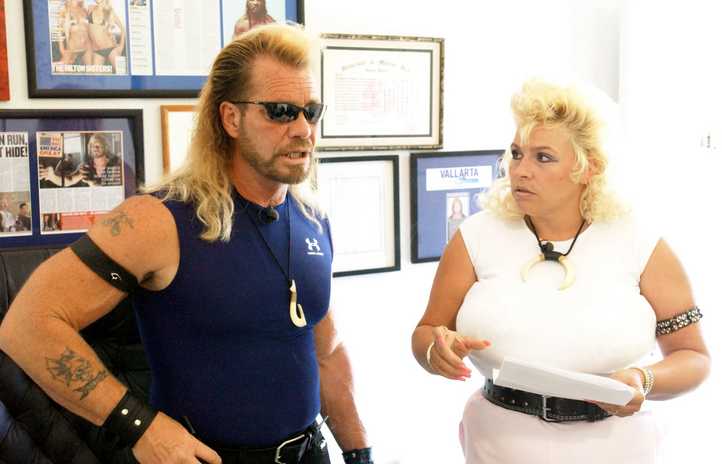 Dog the Bounty Hunter is reportedly shopping a new reality TV show while leading his high-profile hunt for Brian Laundrie.

The TV personality, whose real name is Duane Chapman, re-entered the spotlight Saturday by turning up at the Florida home of the fugitive boyfriend of Long Island native Gabby Petito, 22, who was later found dead.

He has continued grabbing headlines in the search, flagging how Laundrie and his parents went camping together after Brian returned home from his cross-country trip with Petito without her.

At the same time, a production company, Thinkfactory Media, has been shopping around a planned new TV series starring Dog, whose last planned show was scrapped, Variety revealed Wednesday.

Thinkfactory is working with Chapman on pitching the new show, believed to follow Chapman’s day-to-day life and his exploits, the trade mag said.

That could include his current search for Laundrie, the outlet said, noting how the once-popular TV personality has also ramped up his social media presence during the hunt.

Thinkfactory Media — the team behind hit reality shows such as “Marriage Boot Camp” and “Mama June: From Not to Hot” — did not comment in the article, and did not immediately respond to requests from The Post.

Dog teased his followers about impending news earlier this month, before Petito was officially declared a missing person.

“Love you all !! Great things happening!! Announcement coming soon !!!” he wrote on Sept. 9, without elaborating.