Donald Trump’s niece says he will run for president in 2024, but there will be no Trump political dynasty because his children lack charisma 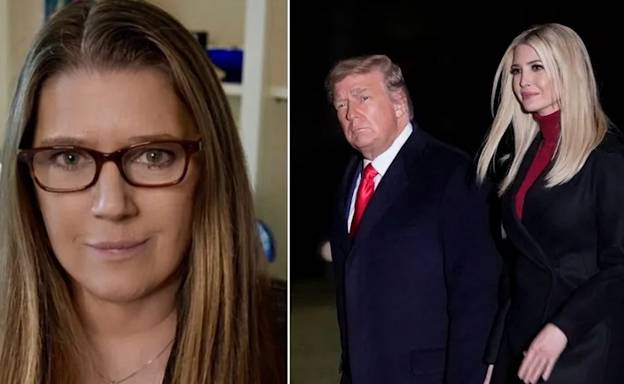 Former President Donald Trump will run for president in 2024 but his children lack the “charisma” necessary to launch political careers and create a political dynasty, according to estranged family member Mary Trump.

Speaking to Insider following the release of her new book, “The Reckoning: Our nation’s trauma and finding a way to heal,” Mary Trump said that all signs now point to her uncle running for office again.

“If you’d asked me if he’d run again in December, I would have said definitely not because he had just been humiliated and wouldn’t put himself in that position again,” she said. “But things have changed.”

Mary Trump told Insider that her uncle’s recent behavior is indicative of someone trying to rehabilitate their reputation in time for a presidential race. “He’s still spreading his ‘Big Lie,'” she said. This refers to a phrase used to describe Republican misinformation about the 2020 election.

“He’s also now spreading the second big lie,” she continued. “This is that the insurrection of January 6 wasn’t a big deal.”

The “most troubling” sign that her uncle intends to run for president, Mary Trump continued, is that there are “hundreds of voter suppression bills” winding their way through state legislatures.

According to the Brennan Center for Justice, as of June 21, 2021, 17 states have enacted 28 new laws that restrict access to the vote. At least 61 bills with restrictive voting provisions are now moving through 18 state legislatures, the public policy institute’s research said.

“If the Republicans in any given state can make it harder or impossible for certain kinds of people to vote, like people of color or college students, then Donald might realize that if he ran again, he couldn’t lose because the system would have been rigged to favor him,” Mary Trump said.

She added that her uncle is unlikely to participate in a race he doesn’t think he’d be able to win. “He’s a coward and he’ll never engage in a fair fight,” she said. “He’ll only engage if he’s convinced that through cheating, lying, and stealing that he can win.”

The now-ostracized family member told Insider that “legal jeopardy,” specifically the New York criminal investigation into the Trump organization, could both incentivize and hamper his ability to run.

“Remember, he’s 75, not in good health, and there are the criminal investigations into him,” she said. “Hopefully, something will interfere with his ability to run but, if all things are equal, he will.”

As for the rumors that some of the former president’s children – Ivanka, Eric, and Donald Jr. – could one day launch their own political careers, Mary Trump said that she thinks this is unlikely.

“The only thing you can really say about Donald is that he does have a kind of charisma that appeals, apparently, to … people in this country,” she said. “There’s nobody else on the right who has that charisma, and certainly none of his children.”

Mary Trump said that she believes Ivanka Trump, her first cousin, is focused on other pursuits. “I think she and her husband are more interested in staying away long enough in the hopes that people forget what horrible human beings they are, and then they have this fantasy that they’re going to be able to reemerge into New York high society or something,” she remarked.