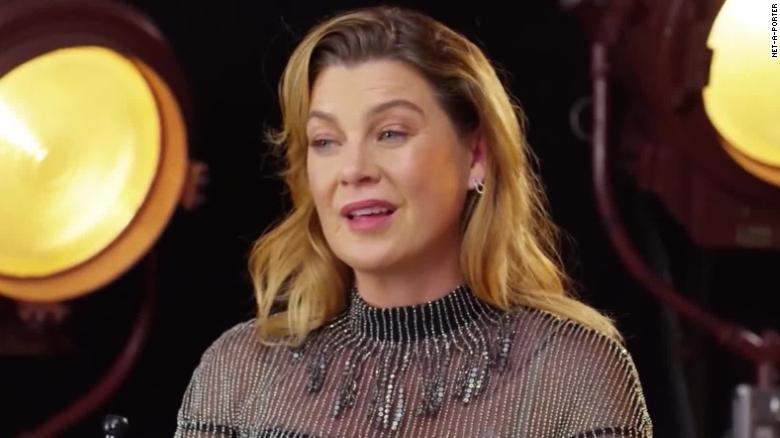 There’s a Code Gray at Grey-Sloan Memorial, and it’s being called for Dr. Meredith Grey.

Ellen Pompeo and Patrick Dempsey reunited on the actress’ “Tell Me” podcast Wednesday, when Pompeo revealed she got into a verbal altercation with Denzel Washington when he directed a 2016 episode of her long-running ABC drama “Grey’s Anatomy.” (The medical series returns for its 18th season Thursday at 9 EDT/PDT).

“He went nuts on me; this is a good Denzel story,” Pompeo started before describing that during the scene, she went off script, telling her fellow actor to “Look at me when you apologize. Look at me.”

Pompeo’s attempts to improvise the scene did not sit well with Washington, she said.

“Denzel went ham on my (expletive). He was like ‘I’m the director, don’t you tell him what to do!’ And I was like, ‘Listen (expletive), this is my show, this is my set, who’re you telling? You barely know where the bathroom is!'” Pompeo told Dempsey. “I have the utmost respect for him as an actor, as a director, as everything, but we went at it one day.”

The “Grey’s” star then shared that Washington’s wife, Pauletta Washington, came to visit the set and Pompeo described how her husband yelled at her.

She added that despite the argument, “it was an amazing experience,” and noted that sometimes TV sets are “an emotional place” and can get passionate, but the two “were fine after that.”

USA TODAY reached out to Pompeo and Washington’s representatives for comment.

People on Twitter called out the actress for her altercation with the director, wondering if she would speak that way to anyone else.

“I wonder if she’d talk to Scorsese or Spielberg like that?” tweeted Tiffany D. Cross.

Authors Tom and Lorenzo tweeted: “Regardless of who she said it to (and ofc it’s worse she said it to someone as respected as Denzel), that Ellen Pompeo story is awful on its own. How insulated do you have to be that you think it makes you sound cool to call a co-worker “(expletive)” because of a disagreement?”

Some thought Pompeo’s privilege was showing when she shared her Washington story.

“I don’t know if Ellen Pompeo revealing that she yelled at Oscar Winning Denzel Washington on the set of Grey’s Anatomy is the flex she thought it would be. She seems like a Karen, and if I hear her say one more time she’s married to a Black man and has Black kids…,” tweeted @omwill3.

Others thought Pompeo should have probably kept the story to herself.

“Ellen Pompeo really disrespected Denzel Washington and proudly told the world like we were gonna be on her side…,” tweeted @shonnia21.

@TrinityMustache tweeted: “Denzel Washington is one of the most beloved actors in America. Did Ellen Pompeo really think oversharing a story where she got way out of line…for no reason was going to go well for her? On what planet?”