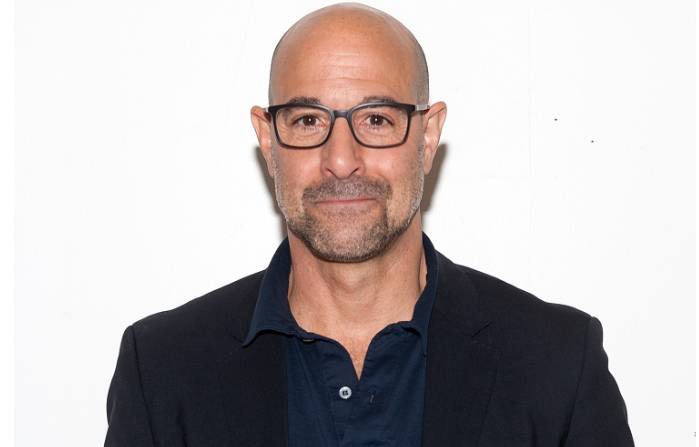 For Stanley Tucci, food is like religion and cancer almost took it away

For actor Stanley Tucci, food isn’t just sustenance; it’s also a way to connect to his roots — to the backyard gardens of his Southern Italian ancestors, to the basement kitchen where his grandmother plucked chickens, to the delicious Sunday meals of his childhood.

“[Growing up,] everything revolved around what you were going to eat that night, what you were eating for lunch,” he says. “I’m not a religious person, but if there is one thing that’s holy, it would be food.”

But three years ago, Tucci was diagnosed with oral cancer, and the cancer and its treatment nearly robbed him of his ability to enjoy food. He lost his sense of taste and smell, and his mouth became so ulcerous that he was on a feeding tube for six months.

According to some Hooters servers on TikTok, the new shorts…

Alex Murdaugh has been arrested and prosecuted in connection…

“It was horrible. I was basically bedridden,” he says. “I couldn’t even drink water because it burned my mouth so much.”

Luckily, Tucci’s cancer had not metastasized. After an intense radiation treatment, he is now cancer-free. His sense of taste has returned — and is actually heightened.

“I can smell things that … I never would have been able to smell before,” he says. “And I can taste things much more quickly, like I’m much more hyperaware of what things taste like now.”

Tucci shares his passion for food in his new memoir, Taste, and as host of the CNN series Stanley Tucci: Searching for Italy.

On being diagnosed with oral cancer three years ago

On the Sunday dinners his family shared growing up

I grew up in Westchester County — Katonah, N.Y. — about 50 miles north of the city, and my parents were both Italian American and their parents had come from Italy, and they were all great cooks. So I grew up with really, really amazing food, but not just the food, but it was also the sort of enthusiasm for food and the interest in food. …

On a Sunday, they would make a classic ragu. This came from my father’s family, and that was meatballs that were fried. But they’re very delicate meatballs and not in any way heavy. It’s sort of half-bread, half-meat, but very delicately seasoned too. And then those are put into the sauce at the last minute. It’s a meat-based sauce. … And then that sauce would have been cooking for a few hours, and we would have that as a Sunday meal.

On his grandparents, who emigrated from Italy

Southern Italy was incredibly poor — still is very poor in many areas — and there weren’t the opportunities that America had. If you’re growing everything in Southern Italy and you’re growing what you’re eating, I think you can’t help but sort of transplant those habits when you move. So many Italians always had a garden. No matter how big … the backyard was, you always had a garden. You were always growing something. And that’s what they did. And they grew every kind of vegetable imaginable. They had fruit trees. They had a fig tree. … They had rabbits. When my mother was young, they had goats. They maybe even had a cow or something. So it was always about that, and so much of their food, they just got out of their garden.

On his grandmother’s “second kitchen” in the basement

She had this auxiliary kitchen. … And that was where she did a lot of prep work. And if we had a really big party in the winter, we would often just eat down in this basement and it was just fantastic. She would make her pizza dough down there. She would make her bread dough down there. And we, I remember cooking chickens with her down there, plucking chickens down there after she had decapitated them or basically strangled them, and it was just wonderful. Everything was about eating and cooking and preparing, enjoying food, growing food, everything.

I’m not a religious person, but if there is one thing that’s holy, it would be food.

On rules he has for pasta

You wouldn’t put a Bolognese [sauce] with star pasta. That’s just weird and gross. It would just be mush. So you need something formidable that’s going to stand up to that sauce, the richness of that sauce. In Bologna, they’ll use a homemade tagliatelle. They might use pappardelle. But certainly you’re going to use that, [or] you’re going to use lasagna and make a lasagna with it. So those are good, strong pastas. … This is the way it is in Italy. It’s one of the reasons I wanted to make the TV show about regional cuisine … because, yes, it’s regional, but each person is incredibly specific about what they’re going to make and then what pasta goes with it or what sauce goes with it. That’s the way Italy is: That sort of very specific, almost dogmatic way of thinking regarding food is what I was brought up with.

Bhad Bhabie Responds to Criticism of New Look, Claims She Was Testing How People Would React: ‘Y’all Failed’

Over 10,000 John Deere employees go on strike as labor unrest intensifies in the…