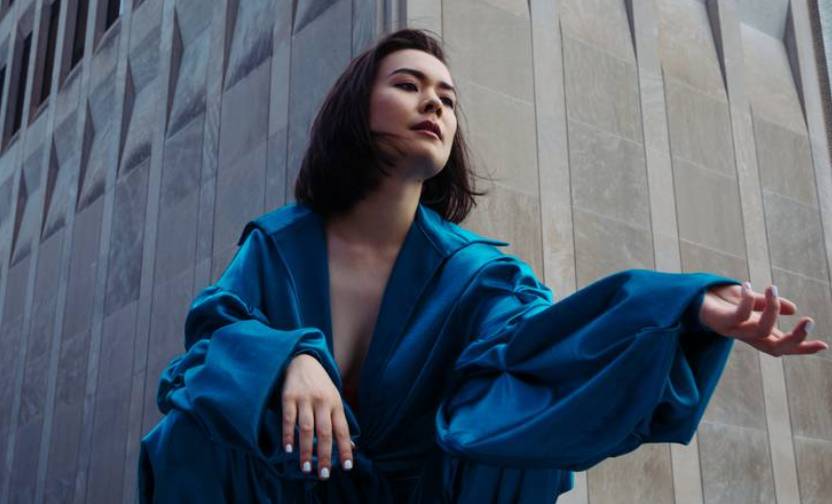 After a self-proclaimed indefinite hiatus from live performances, the singer-songwriter will go on a North American and European tour in spring 2022.

Mitski announced international tour dates and debuted a music video for her new single, “Working for the Knife,” off of her upcoming sixth studio album on Tuesday. Mitski will take to the Shrine Auditorium stage across the street from the University Park campus on March 3.

This announcement marks the return of @mitskileaks after she deleted all of her social media accounts in 2019, however, her new accounts are run by her management. It is somewhat ironic that Mitski has retreated from social media, as many of her songs — “Me and My Husband,” “Strawberry Blond,” “Nobody” and “Washing Machine Heart” — went viral on Tiktok over the past two years.

The Japanese American singer-songwriter began her career in 2012 but was propelled to mainstream acclaim after the release of her 2018 album, “Be The Cowboy,” which graced the top many of the lists of best albums of the year for publications like Pitchfork, Vulture and the New York Times. Known for her emotionally evocative and confessional lyricism and dark rock, pop and folk-inspired melodies, Mitski often sings about the existential dread and emptiness of modern life, as well as the overwhelming emotions of love, sexuality and interpersonal relationships. She’s previously performed with Lorde and Lucy Dacus, who are considered to be “sad indie girl” contemporaries in a genre that is often dominated by white performers.

In the new video, Mitski dons a pair of cowboy boots, a nod to her previous cowboy motifs, and a silky, blue jumpsuit set under a leather trench. Oozing with sensuality and strife, she dances and thrashes about an empty theater as she sings about the struggles of her career as an artist. She seems to lift the curtain on herself with the slight of her hand, a vacant smile appearing from under the brim of her hat. She then assumes a sensual persona that saunters about the space, straddling and licking the railing and creeping along the walls. A spotlight finds her halfway through the video, propelling her from the venue’s lobby to the audience to, finally, the stage.

The song is actually only about two and a half minutes long. But the end of the five-minute music video is filled with the roaring of audience cheers followed by only the sounds of Mitksi’s body against the stage and her quickening breath. She turns her head to look at the camera, the briefest flash of a euphoric grin before cutting to black.

It’s exactly the kind of guttural and emotional performance fans could come to expect from her. From screaming into the reverb of her guitar in her NPR Tiny Desk performance of “Class of 2013″ to her slow, yearning lunge throughout her live performances of “I Want You,” Mitski has always been just as much of a physical and gestural performer as she is an emotional one. As she takes to the stage once more next spring, fans can hopefully look forward to the same raw energy in her live performances that she has clearly held onto in her latest music video.