Get a teasing taste of Paul Thomas Anderson’s ‘Licorice Pizza’ 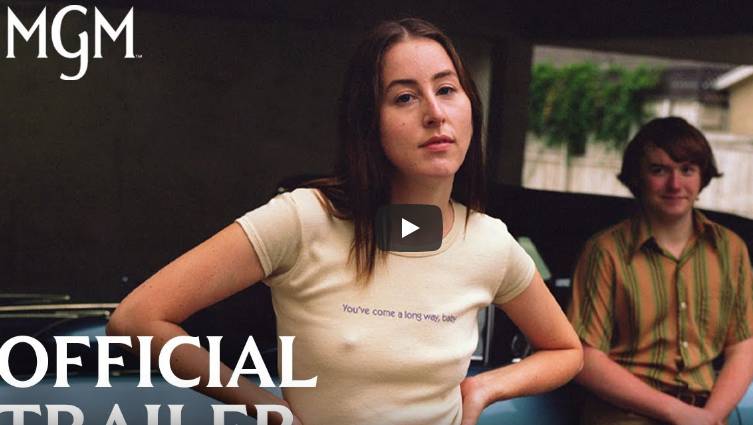 Gather ’round, film fans, as there is now a full-on honest-to-christ HD trailer for Paul Thomas Anderson’s Licorice Pizza for you to enjoy if you haven’t already watched it either in theaters (on 35mm film) or viewed it on whatever pirated bullshit hit the web last week. And hell, maybe you should watch this if you watched 240p shit on YouTube. It definitely looks way, way better virtually right now. If you do click play, we can already tell you that you’re going to have “Life on Mars?” stuck in your head for the rest of the day, and there are plenty of worse fates than that.

Here’s a synopsis, though if you’ve been following PTA’s career for a while now, you should know not to expect too much from it. What can we say, the dude is an advocate for knowing as little as fucking possible about a movie before you enter the theater, so he’s not gonna give you shit when it comes to details. Anyway:

“‘Licorice Pizza’ is the story of Alana Kane and Gary Valentine growing up, running around and falling in love in the San Fernando Valley, 1973. Written and Directed by Paul Thomas Anderson, the film tracks the treacherous navigation of first love.”

Licorice Pizza hits theaters on November 26, which will make for some pretty great Thanksgiving viewing if you’re lucky to be living close enough to a theater that’s playing it and you’ve already seen House of Gucci with the fam. Also, to be clear, now that we’ve heard the title (and yes, we know it was a record store chain in Southern Cali back in the day), we’re kind of curious about actually trying licorice pizza. We’re sure some Scandanavian has already put some of that sweet anise covered in salt on top of some grody dollar pizza, and it’s probably pretty… alright? If you like sardines on your pizza, that is.