Halsey is SNL’s second musical guest this season; here’s all you need to know about her. 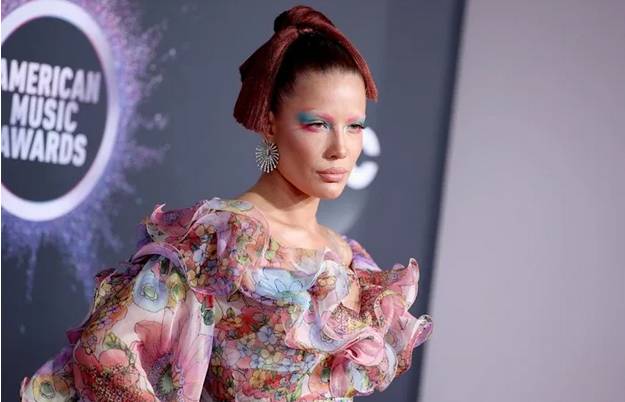 The musical guest for this week’s show, which airs on October 9th, is Halsey.

Ashley Frangipane, better known as Halsey, is an American singer and songwriter who rose to prominence when their self-released songs garnered a large following on social media. Astralwerks later signed Halsey in 2014.

Badlands, Halsey’s debut album, was certified Double Platinum by the RIAA in 2015. The follow-up, Hopeless Fountain Kingdom, was released in 2017, and the third studio album, Manic, was released in 2020, becoming the singer’s best-selling record to date.

Halsey’s poppier style was left behind on their last album, If I Can’t Have Love, I Want Power, which featured a darker, more industrial sound produced by Trent Reznor and Atticus Ross of Nine Inch Nails.

Billboard stated in 2020 that Halsey had sold over one million albums and earned over six million streams in the United States.

Musgraves, who was welcomed by first-time presenter Owen Wilson, sang “Justified,” a song from her current album Star-Crossed.

The country-pop singer performed while sitting on a chair, her legs crossed and a guitar covering her torso. Except for her cowboy boots, she looked to be fully naked, but viewers were unclear whether Musgraves was indeed naked behind the guitar.

A spokesman for the artist has now verified to Variety that the 33-year-old was entirely naked and made SNL history as the show’s first fully naked performer.

“She was naked,” according to Musgraves’ spokesperson. “Every precaution was taken, and this was the first time it had happened on the show.”

The spokesperson also stated that a sheet was placed between the singer and the crowd while the performance was being set up.

In addition to “Justified,” the Grammy Award winner also played “Photo Roll,” another song from her most recent album.