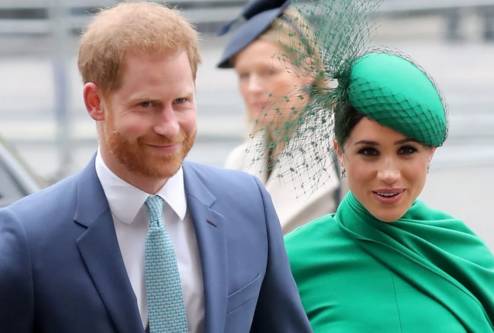 Prince Harry and Meghan Markle have hit back at claims that they have “reignited a rift” with the royals by “publicly attacking” the queen.

Their lawyers, Schillings, have written to at least one major British newspaper saying that the claims are “false and inaccurate,” a source at one paper told The Daily Beast.

The claims, similar to those made yesterday in The Daily Beast, dominated the front pages of major British newspapers Thursday. They were based on a new chapter of the book Finding Freedom, excerpts of which were published by People magazine in the U.S. this week.

In a sign that the relationship between Omid Scobie and the Sussex establishment might be fraying, a memo from the newspaper’s legal team that has been circulated to staff at the paper and was passed to The Daily Beast says: “The claims appear to be based on an excerpt from an epilogue to an unauthorised biography, Finding Freedom. The solicitors claim that the authors of this unauthorised book, who do not speak for The Duke and Duchess, have written about their take on matters relating to the current relationship between The Duke and Duchess and HM The Queen.”

The Sussexes have long denied that they co-operated with the authors of the book, Omid Scobie and Carolyn Durand. However, Scobie is known to have been a confidant of the couple and was, for example, invited to their farewell party when they left the U.K..

Question marks have been raised about how the authors would have had access to a stunning level of detail in the book without Harry and Meghan, at the very least, authorizing their friends to talk.

The book relates multiple private conversations and scenes that would have only been known to the couple. The extract in People magazine treads a similar path and and sees Scobie and Durand write: “The queen’s ‘recollections may vary’ comment did not go unnoticed by the couple, who, a close source said, were ‘not surprised’ that full ownership was not taken. ‘Months later and little accountability has been taken,’ a pal of Meghan added. ‘How can you move forward with that?’”

The comment is a reference to the queen’s official statement in response to the Oprah Winfrey interview.

The monarch said then: “The issues raised, particularly that of race, are concerning. Whilst some recollections may vary, they are taken very seriously and will be addressed by the family privately.”

The Daily Beast’s source said: “They’ve created this issue themselves. As they talk to Scobie, they’ve made him their unofficial spokesman so people buy into him.”

The source speculated that Meghan might be ready to “drop” Scobie, saying the episode had “clearly hit a nerve.”